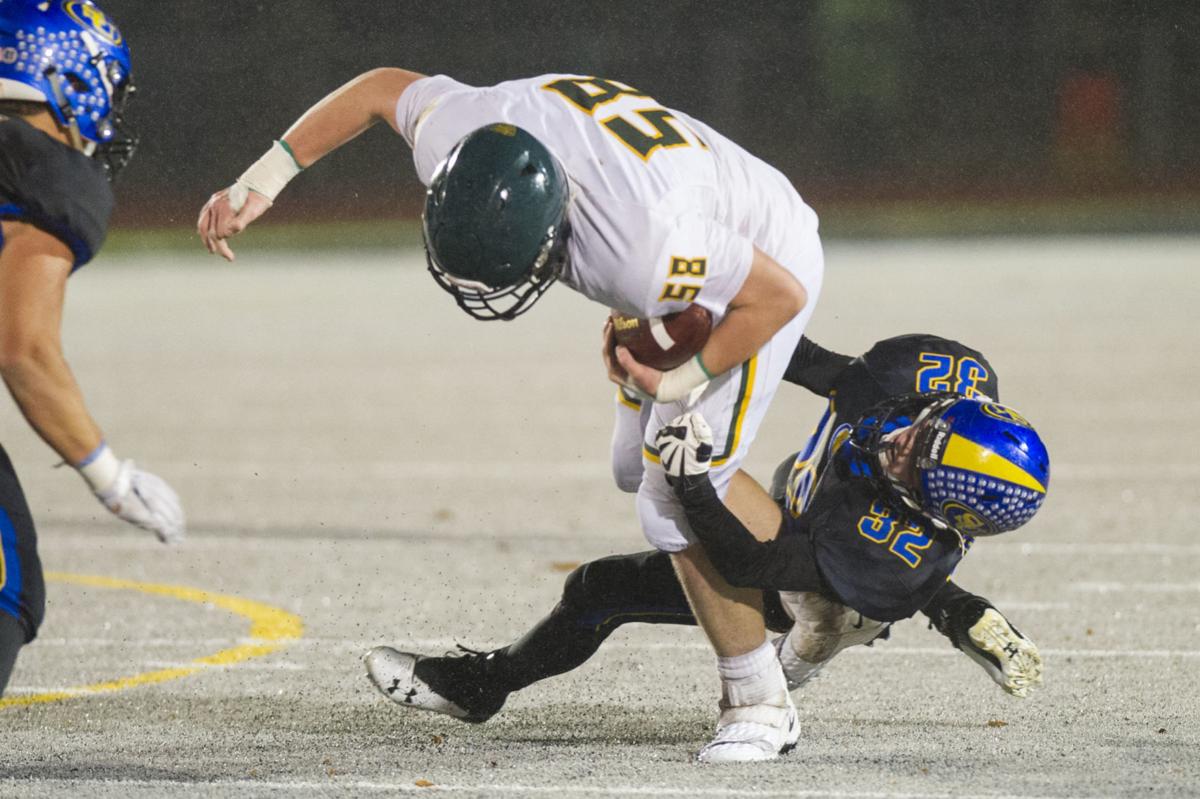 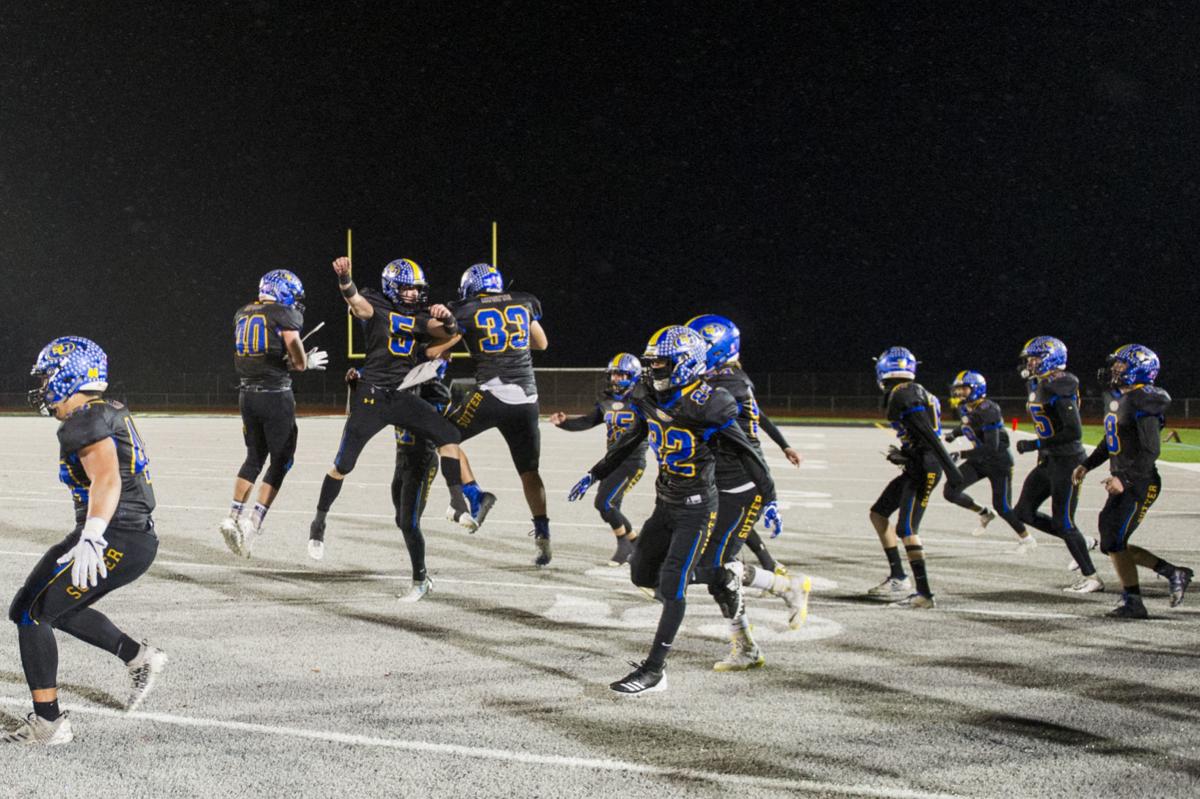 Sutter High celebrates their 20-7 win against Paradise for the school’s section-best 13th championship.

Sutter High celebrates their 20-7 win against Paradise for the school’s section-best 13th championship.

The Sutter High football team may not be headed to a state championship next week, but the Huskies remain the cream of the crop in the Northern Section.

This year Sutter claimed its 13th total NSCIF title – tops among everyone including East Nicolaus with 12 career championships – with a  20-7 win over Paradise two weeks ago. It was a dominant defensive performance, which shouldn’t surprise many as Sutter has always been known as a dominant team on that side of the ball.

Cory McIntyre, a four-year varsity player, recalls going up against some of the best defensive teams in Sutter’s past.

He said this year’s unit should be recognized as one of the best.

“This year’s defense was unbelievable; probably the best I have seen,” said McIntyre, the team’s leading rusher with over 1,600 yards and 18 touchdowns. “They shut teams down.”

One of the teams Sutter shutdown was Paradise, a club known to have a dynamic rush attack under famed coach Rick Prinz and his wing-T offense. But the Bobcats couldn’t seem to get on track running the football against Sutter. Averaging over 400 yards a game coming into the section championship, Paradise managed only 254 yards and one score. Most of its big runs happened between the tackles because almost any time Paradise went wide Sutter’s linebackers were there with an unstoppable force.

Mario Ayotte, Sutter’s leading tackler, said each member of the defense played a key role all season in leading the Huskies back on top in the section for a fifth time in the last six seasons.

“I knew coming into the season we wanted to make a statement,” Ayotte said. “For the most part we shut them (Paradise) down on the outside, it was a good game. The next day we could barely move we were so tired.”

Ayotte singled out defensive end Theo Bravos as having a breakout postseason, including against Paradise.

“Theo Bravos really stepped up in the playoffs,” Ayotte said. “It was fun to watch.”

Ayotte and McIntyre both said this year’s Sutter varsity was a lot closer than in 2018 when the Huskies fell at West Valley in their bid for a fifth straight D-III title.

“It was an absolute pleasure, these are some of my best friends,” McIntyre said. “Learned so many things, not just about football.”

McIntyre said the bonds he has created on the gridiron go back multiple years.

He remembers being pulled up to varsity as a freshman and meeting some of the older players.

“A ton texted me (about the NorCal bowl game),” he said. “It was such an incredible and special moment for me, I will never forget it.”

“I have been playing with some of these guys since sixth grade,” Ayotte said. “We had more of a bond than last year.”

One of the many reasons why Sutter reached the pinnacle of the section yet again – for the 13th time.