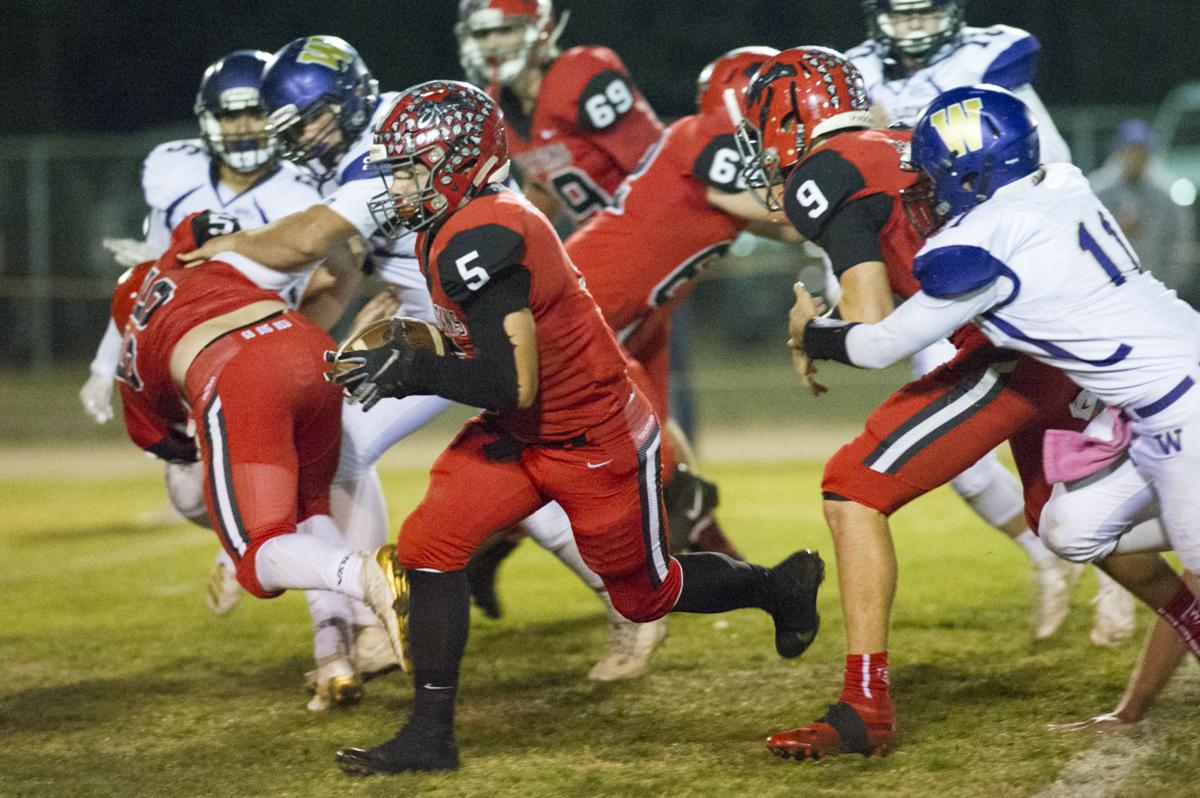 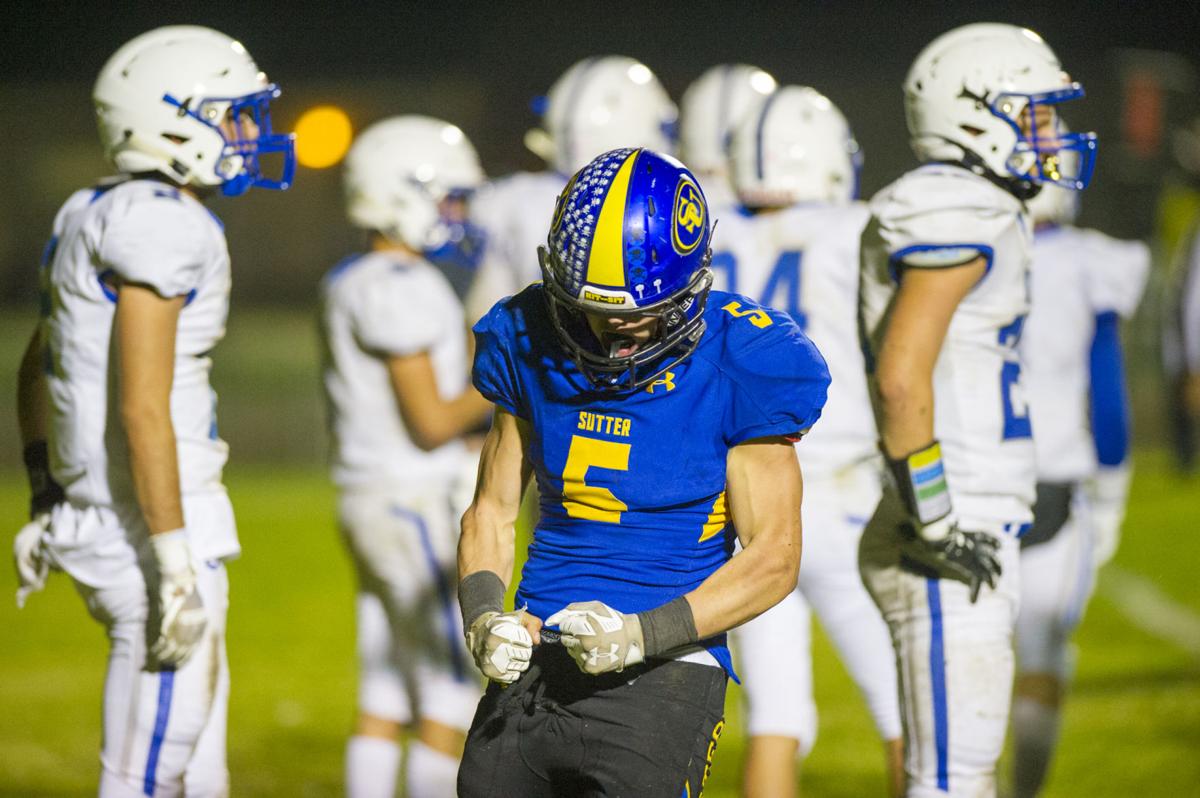 Sutter High's Colton Dillabo reacts after scoring a touchdown during a game against University Prep on Friday at Wayne Gadberry Field in Sutter. 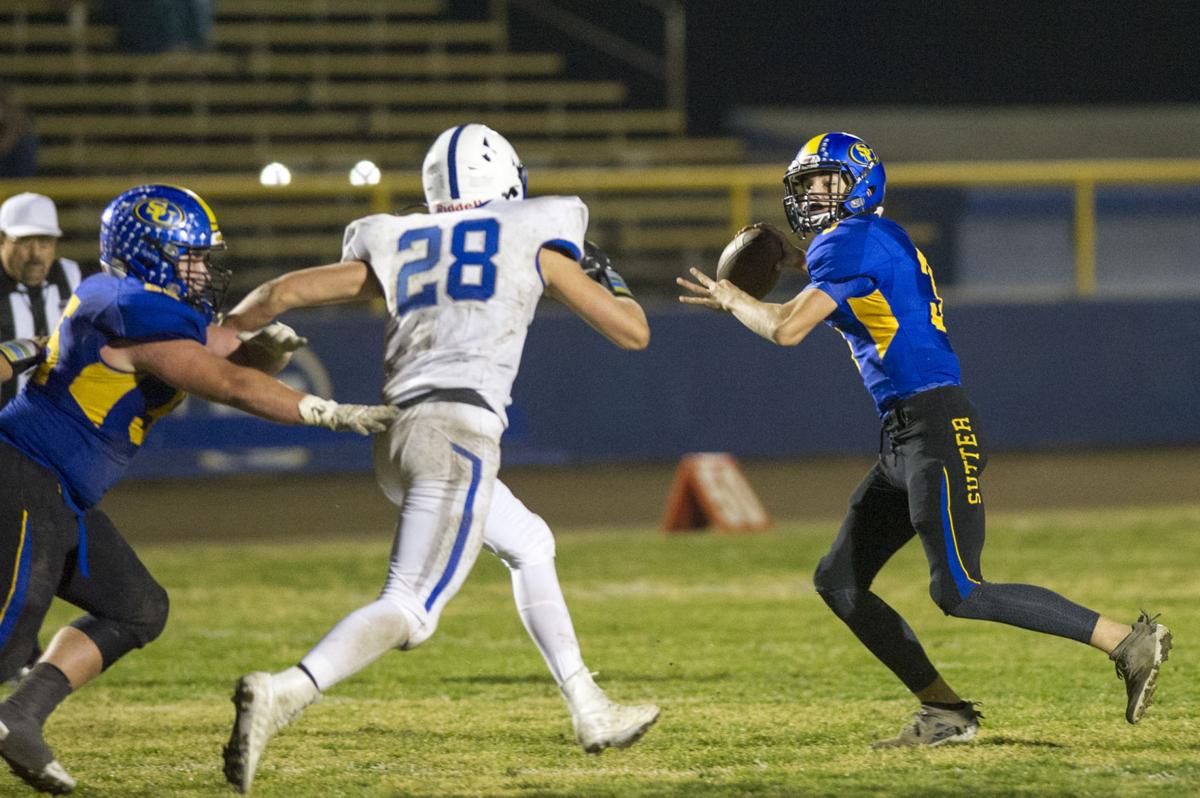 Sutter High's Landon Cooper drops back for a pass during a game against University Prep on Friday at Wayne Gadberry Field in Sutter.

Sutter High's Colton Dillabo reacts after scoring a touchdown during a game against University Prep on Friday at Wayne Gadberry Field in Sutter.

Sutter High's Landon Cooper drops back for a pass during a game against University Prep on Friday at Wayne Gadberry Field in Sutter.

And then there were two. Both Sutter and East Nicolaus remain as the only two football programs still playing in late November. Just like last season. Both teams are just win away from yet another berth in a section title game.

The Huskies zoomed right past U-Prep last week in dominant fashion, taking down the Panthers, 47-6. Although this week may pose a higher threat in Lassen, don’t expect too much to change from the Huskies.

“We’ve had a really good week at practice. We’re not worried about anything but the task in front of us and that’s playing good football against Lassen,” head coach Ryan Reynolds said.

A few notable players on Lassen that the Huskies will need to watch out for are quarterback Brock Wolf and the running back duo of Tavin Fowler and Nick Valdez.

This season Wolf has thrown for 1,583 yards and 18 touchdowns, while also boasting a 111.3 passer rating.

“Our defensive backs will need to have a big night for us, especially cornerback Roman Resendez. His play at the secondary position can be a difference-maker for us sometimes,” Reynolds said.

As for the ground game, Fowler and Valdez have each rushed for over 800 yards while combing for 25 scores this season. The Huskies defensive line could very well have its hands full stopping the run tonight.

Reynolds and his staff will look to quarterback Landon Cooper to help lead an offense that’s lately been able to get it done through the air.

“Landon had a great game last week and we’ll expect to see that again Friday,” Reynolds said. “He’s really developed as a quarterback and hasn’t taken anything for granted,” he added.

Kickoff is set for 7 p.m. at Wayne Gadberry Field in Sutter.

The Spartans handled last week’s test with ease as they walloped Willows by a score of 48-8. It would be tough to say this week’s outcome will be any different as East Nic faces a 5-loss squad in the Bears.

This season the Spartans have relied on the play of three offensive players: Gavin McAuliff, J.T. Stinson and Mitch Barker. The numbers between all three players almost don’t seem possible. As a trio the Spartans have over 50 touchdowns, 2,299 rushing yards and over 1,100 yards through the air. Truly remarkable.

As for Mt. Shasta, it’s been all about their play lately. After starting the season 3-5, the Bears reeled off three straight victories – all on the road.

Though their defense has its issues this season – averaging 30 points allowed per game – Mt. Shasta has been clutch when it counted. In last week’s playoff showdown against Colusa, the Bears squeaked out a 29-28 win. This was much in part due to the Bears’ first quarter performance when they put 21 points on the scoreboard. After both teams went into the fourth quarter tied at 21-21, the Bears scored a touchdown and a 2-point conversion for the win.

Look for a fast start for Mt. Shasta followed by a weathering of the storm by the Spartans in response.

Kickoff is set for 7 p.m. at East Nicolaus High School.