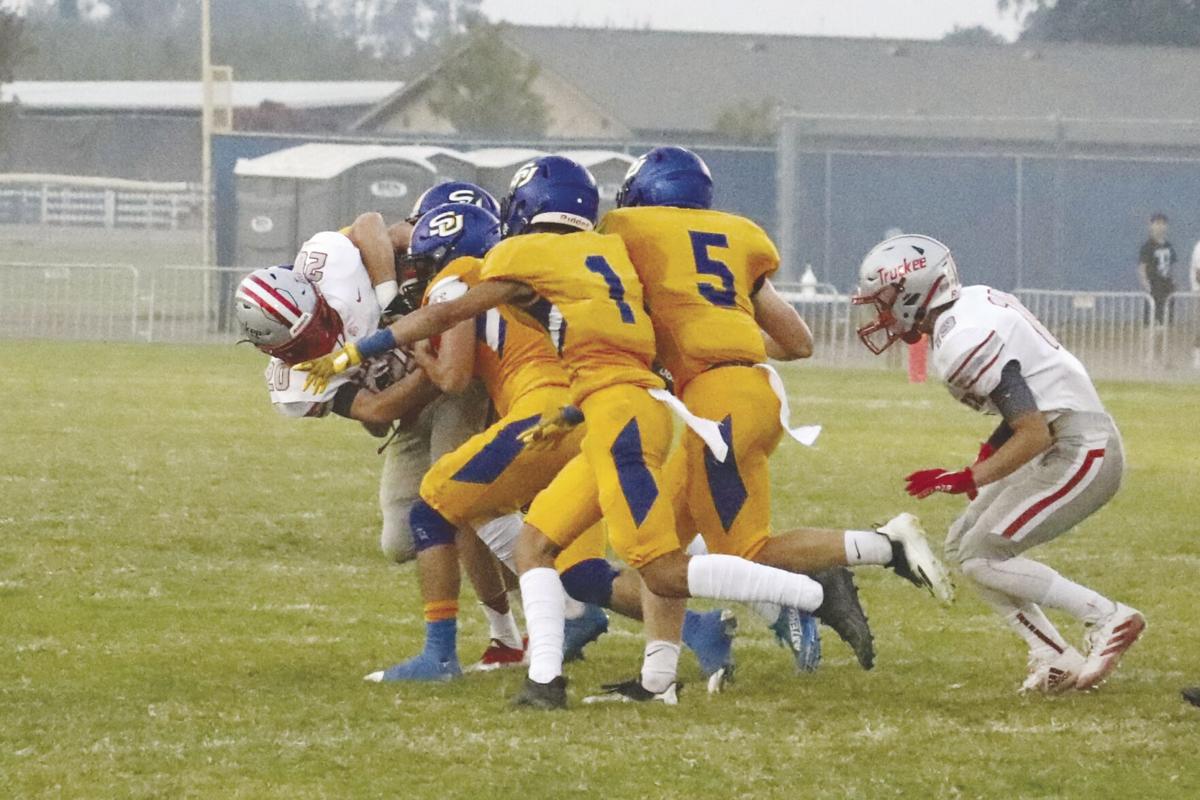 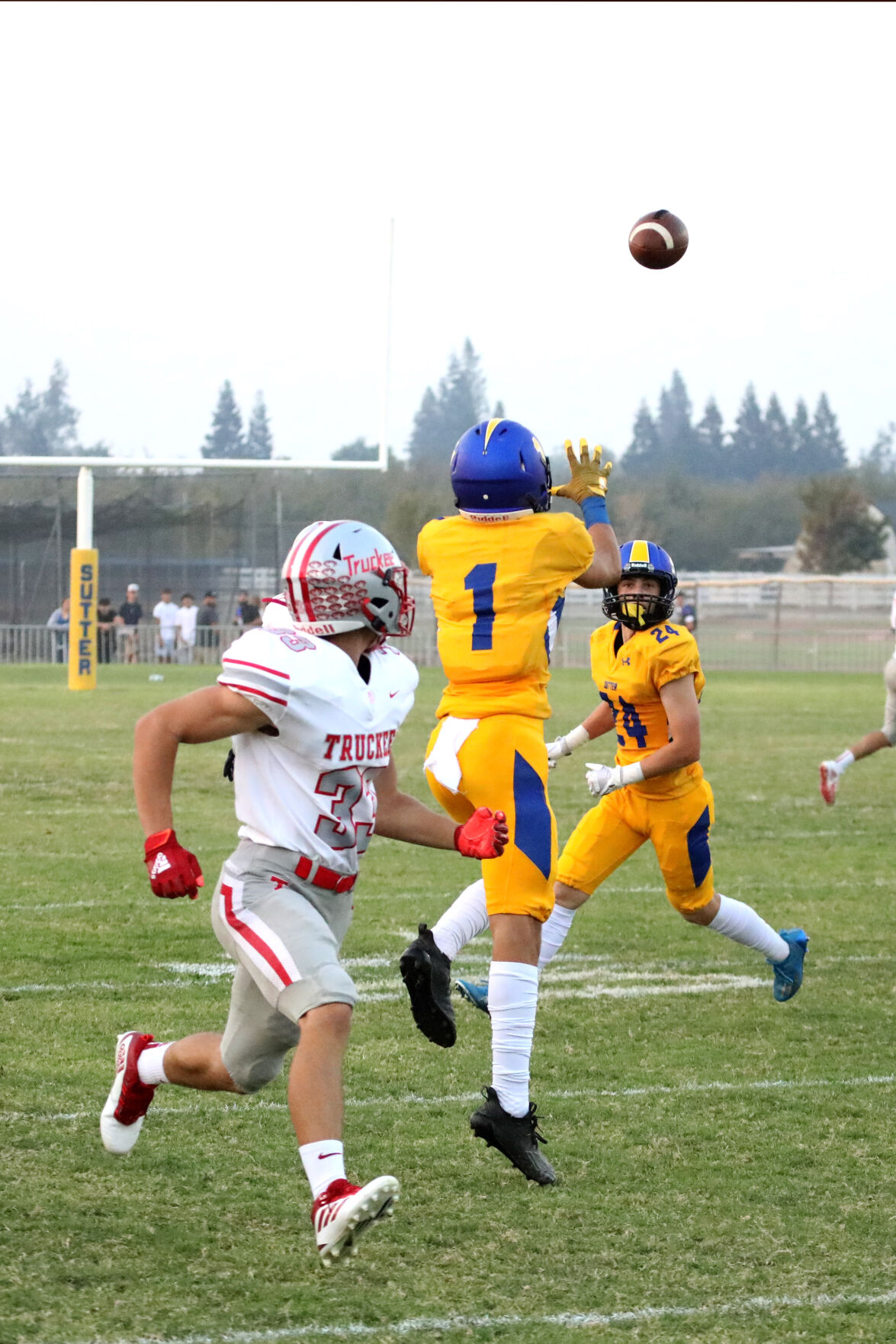 Brice Stokes of Sutter hauls in a completion against Truckee. 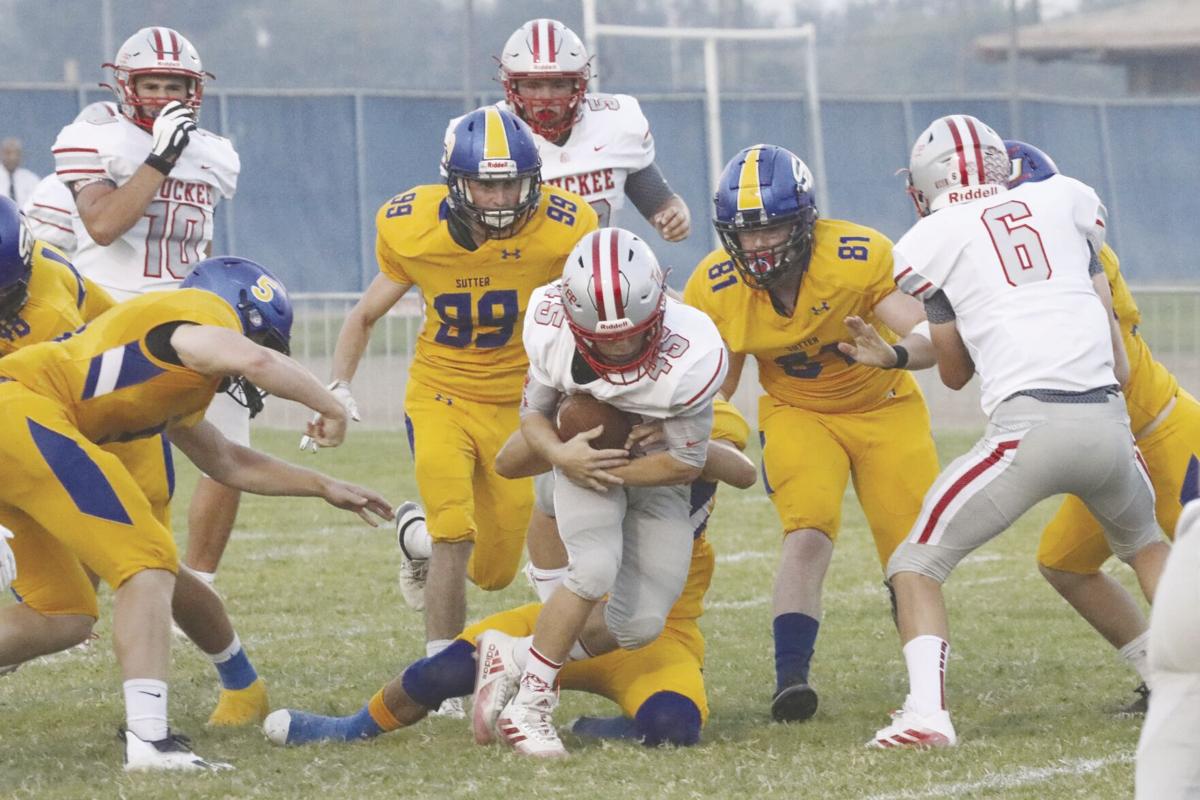 Brice Stokes of Sutter hauls in a completion against Truckee.

There was little doubt once the Sutter High football team took the field last weekend that the Huskies were the better and more physical football team.

Sutter blew out Truckee at home, 38-16, behind a suburb day under center from senior Trevor Eck, who passed for 92 yards on seven completions and a touchdown – a quarterback rating of 88.8.

Eck hit passes to four different receivers, including his favorite target, senior Caden Simmons. Simmons made five catches for 43 yards and a touchdown.

Behind Eck, Nic Fisher rushed for 83 yards and a score, while junior Landon Sable crossed the goal line twice on his four rushing attempts.

Sutter (1-0) is scheduled to host Chico on Friday. The Panthers fell to Whitney of Rocklin last week, 27-3.

With only 19 players, Sutter still was able to shutout Truckee, 36-0, on Saturday.

The charge was led by Eric St. Onge who scored four touchdowns.

Keegan Perches pulled in some key receptions and delivered a great run after catch for a score, according to a press release.

Tristan Watkins and Jordan Lee both scored two point conversions on the ground.