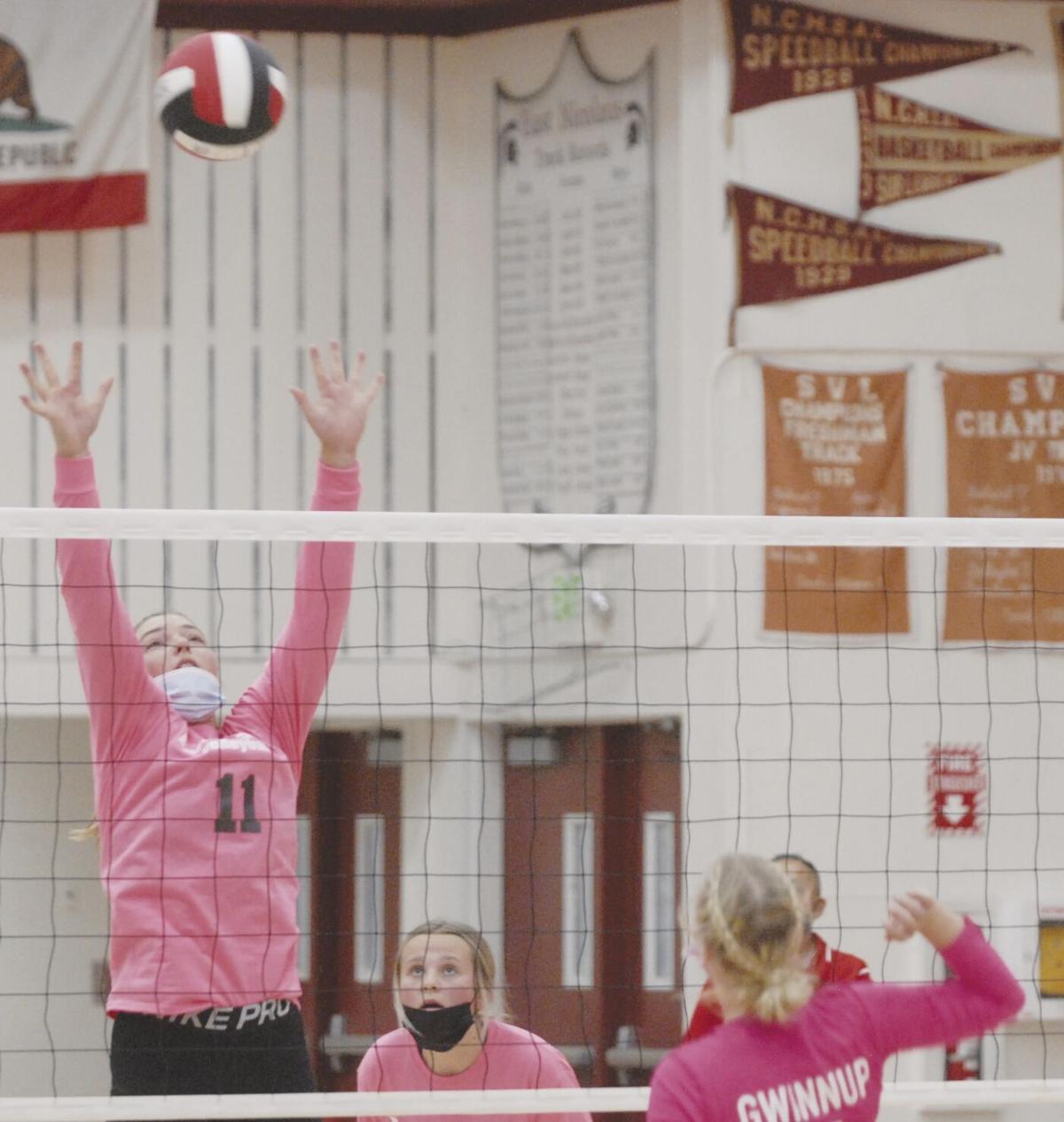 Meika Lauppe (11) and the East Nicolaus High Spartans will reach for a Northern Section Division V championship beginning Thursday against the winner of Mount Shasta and Portola. 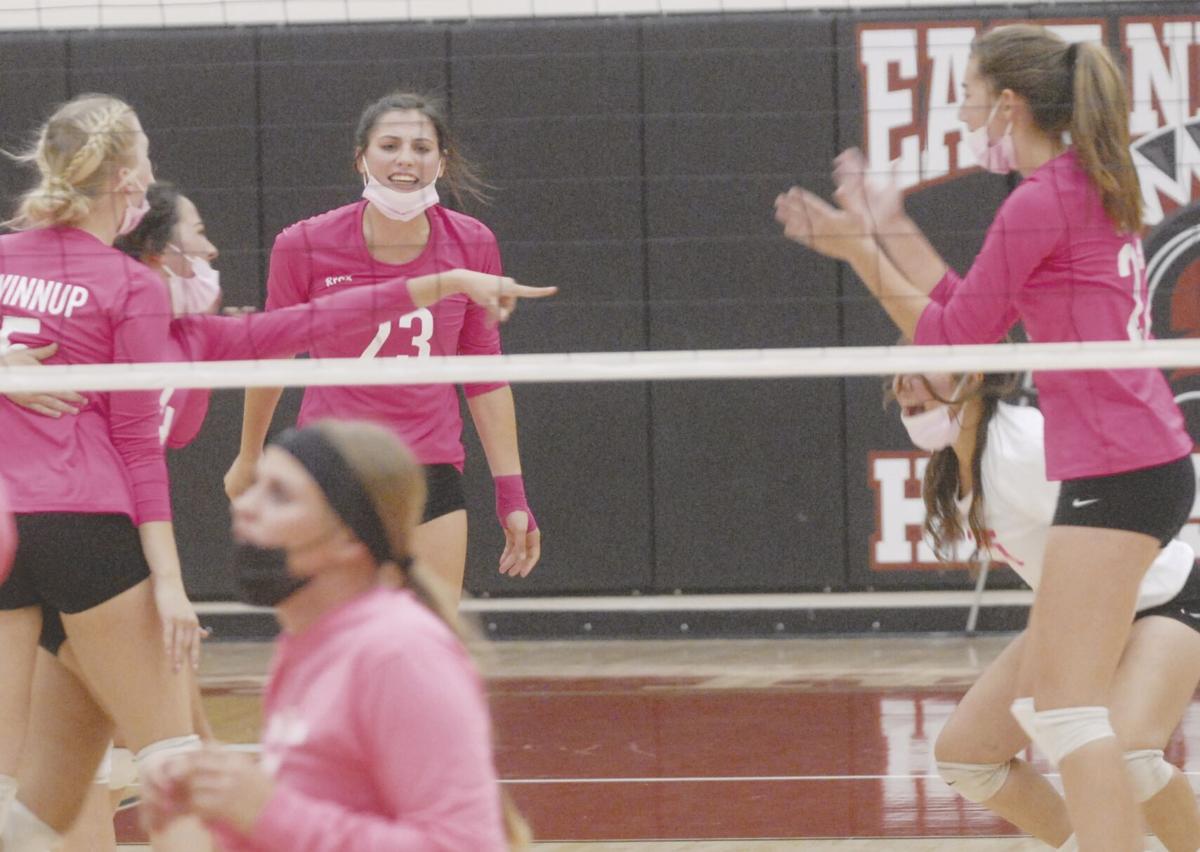 Reese Roper and the Colusa RedHawks earned the second seed and will open the Northern Section Division IV playoffs at home against Paradise Tuesday. 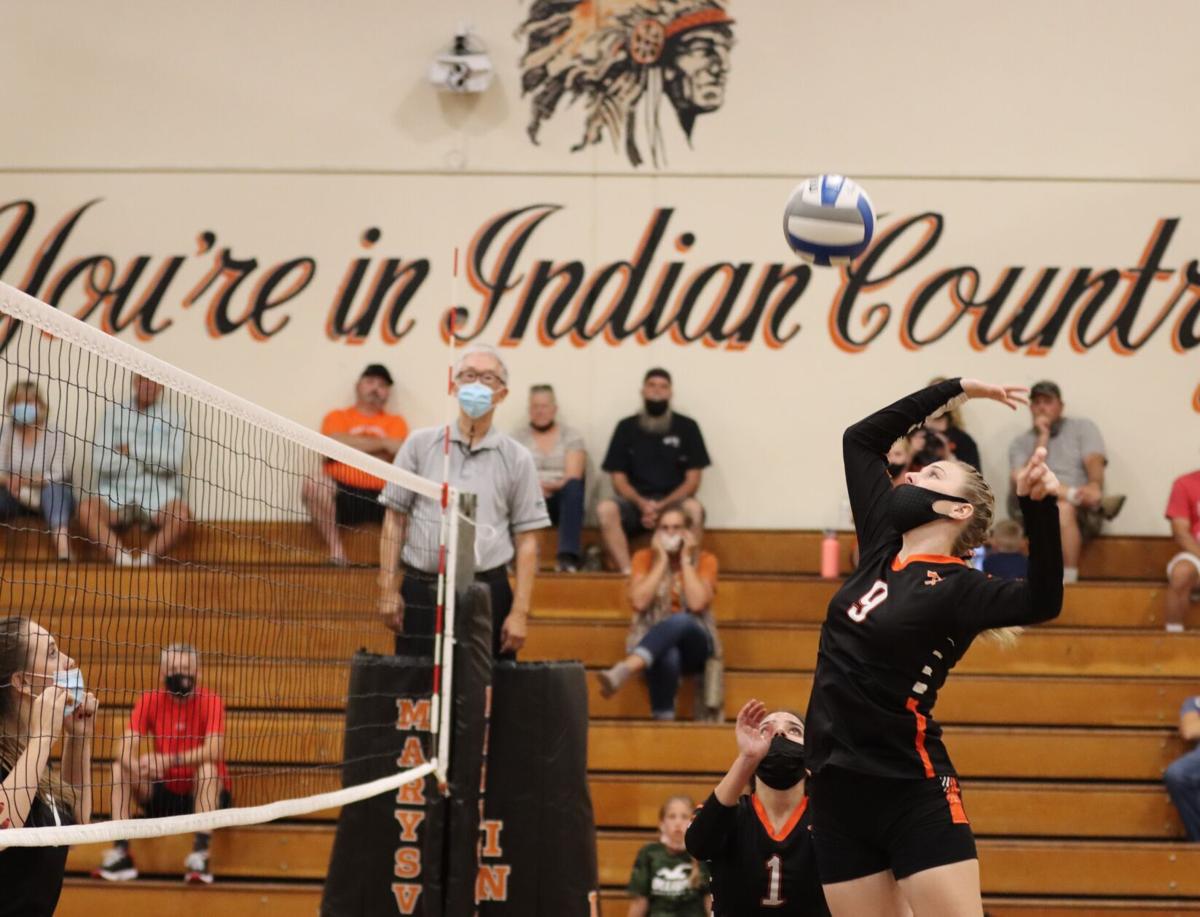 Meika Lauppe (11) and the East Nicolaus High Spartans will reach for a Northern Section Division V championship beginning Thursday against the winner of Mount Shasta and Portola.

Reese Roper and the Colusa RedHawks earned the second seed and will open the Northern Section Division IV playoffs at home against Paradise Tuesday.

Lindhurst earned a play-in match in the Sac-Joaquin D-III bracket and will open at Wood of Vacaville. The two schools, at least since 2004, have never met on the court. Lindhurst (7-11), which finished in a three-way tie for third in the Pioneer Valley League with Marysville and Center, will start play at Wood (7-12) beginning at 7 p.m. Monday.

The winner faces top-seed Lincoln (25-2) Tuesday in the D-III quarterfinals.

Marysville (6-18) also earned a play-in match in division IV and will host Encina Prep (Sacramento) Monday at 7 p.m. The Indians are 13-0 against Encina Prep, with the most recent matchup occurring in 2019.

Monday’s Marysville-Encina Prep winner takes on No. 1 Escalon (25-2) in the first round on Tuesday at 7 p.m.

East Nicolaus (15-2) earned the top seed among area schools within the Northern Section, awarded a No. 1 and opening-round bye in division V.

The Spartans will host the winner of No. 8 Mount Shasta and No. 9 Portola at 7 p.m. Thursday in the second round.

Mount Shasta played in the Shasta-Cascade League, while Portola was a member of the Mid-Valley League.

If the RedHawks win they will host the winner of No. 3 Willows and No. 6 Central Valley.

Colusa head coach Kim Roper believes that U-Prep won out with the top seed in D-IV due mostly to strength of schedule.

“They had strength of schedule points,” Roper said.

In addition to what Roper said was a stronger league, U-Prep faced off against the top seed in the Sac-Joaquin Section’s D-I bracket twice in tournament play. U-Prep lost both times to Oak Ridge for two of its five defeats.

Roper said the second seed still gives Colusa a solid chance to get to the section finals Nov. 6 in Red Bluff.

Should Colusa and U-Prep meet in the championship it will be the second time this calendar year that the two square off dating back to April when U-Prep won in straight sets during the COVID-19 spring modified season.

“The team is excited and we will start fresh Monday,” Roper said.

In D-III, Sutter (17-15) earned a home playoff match against sixth-seeded Yreka (13-8), a team that the Huskies haven’t played since 2015 when former Husky Gilian Tripp was a junior in high school. Sutter, which goes up against Yreka at 6 p.m. Tuesday, is 5-1 against the Miners since data was accumulated starting in 2004.

Both the Sac-Joaquin and Northern Section will be utilizing GoFan for attendees to buy tickets online prior to each volleyball contest.

To buy tickets for all volleyball playoff matches, visit https://bit.ly/3CawBKl and search for the school.

In the Northern Section, tickets will be available online or at the gate.

Masks remain mandatory for attendees and participants of each playoff volleyball match this season, according to a news release from the Sac-Joaquin Section.

“At this time, based on the (California Department of Public Health) directive, all extracurricular activities that take place indoors require all persons to wear a mask, even the participants while engaged in the activity,” the release stated.

The Sac-Joaquin notes that both the host and visiting school should discuss prior to the match any COVID-19 guidelines that must be adhered to.

In terms of enforcement both the home and visiting administration is responsible for making sure each person inside the gymnasium is wearing a mask, the section states.

Should any school fail to comply with the mask mandate it can be removed from the playoffs, according to the section.