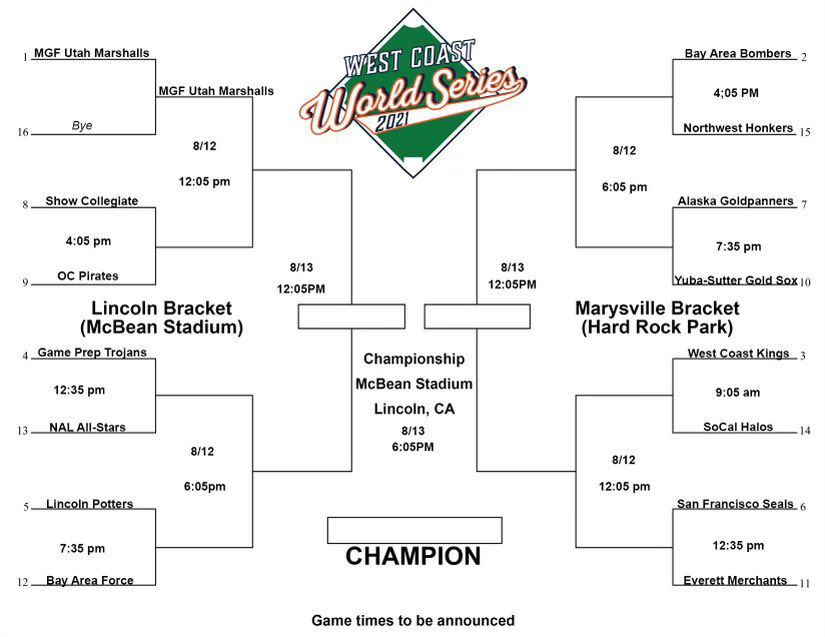 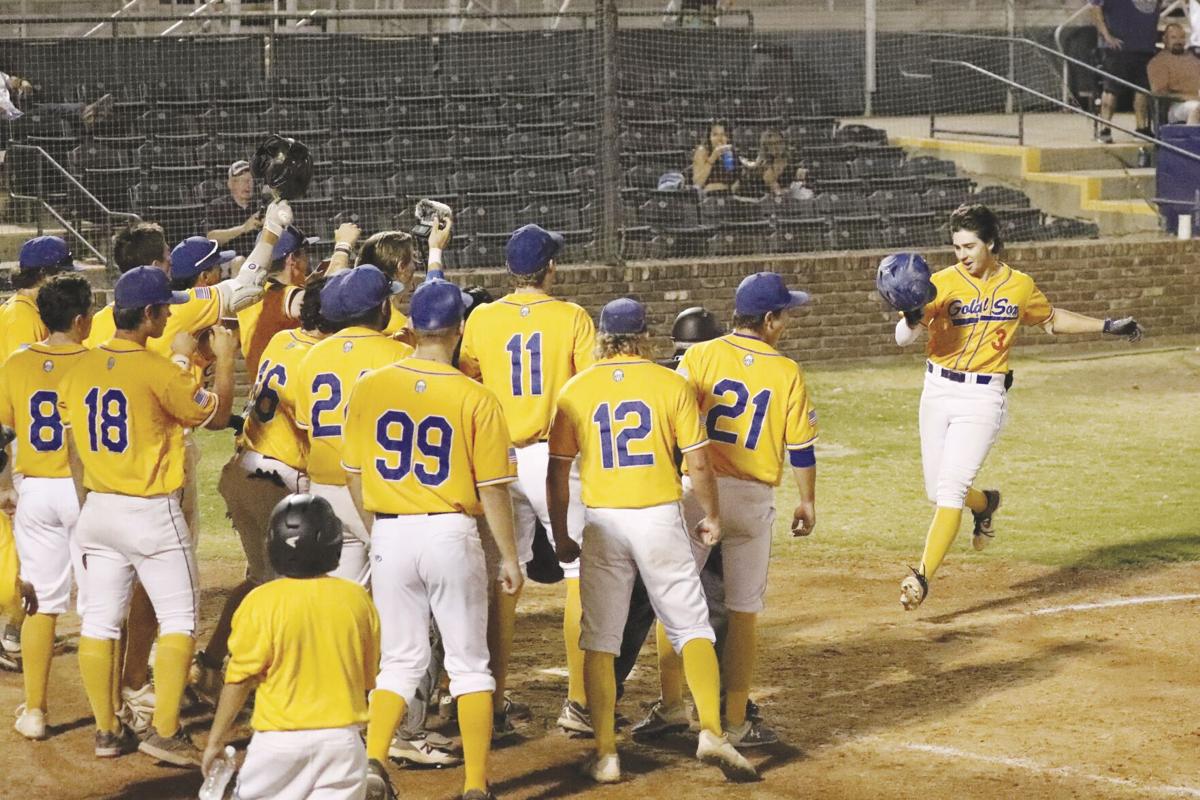 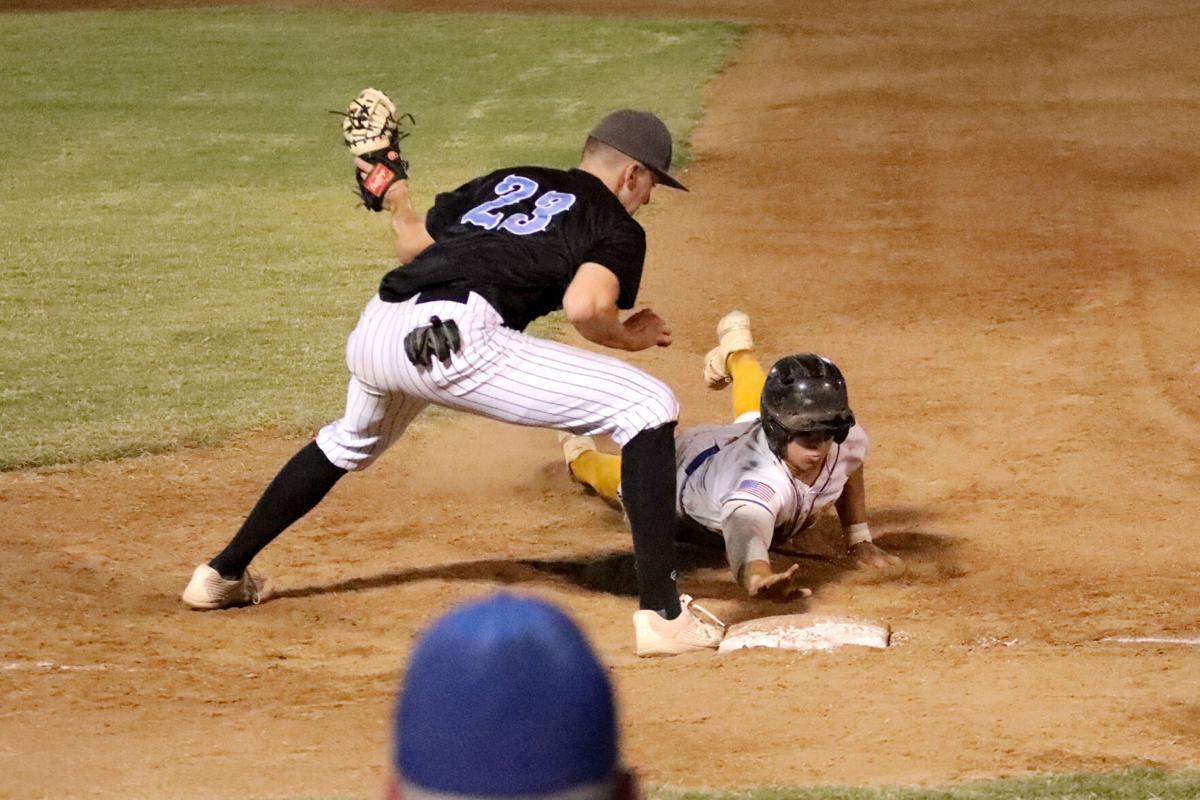 Will Bermudez reaches for first after a pickoff attempt against San Francisco during last weekend’s pool play portion of the West Coast World Series.

Will Bermudez reaches for first after a pickoff attempt against San Francisco during last weekend’s pool play portion of the West Coast World Series.

The Yuba-Sutter Gold Sox, who finished 1-2 in pool play last weekend, open up against the seventh-seeded Alaska Goldpanners at around 7:35 p.m. today at Hard Rock Park.

It’s a single-elimination, nine-inning game to advance to Thursday’s quarterfinals. The tournament concludes with the championship Friday, Aug. 13, at Lincoln’s McBean Stadium at around 6:05 p.m.

According to a WCWS news release, all games needing extra innings to decide a winner will be modeled after the California Collegiate League setup, where a baserunner will be placed on second base to begin the frame with one out.

It’s a similar model to Major League Baseball except in the WCWS all teams are playing with two outs instead of three.

Gold Sox head coach Brock Ragatz prefers the international extra-inning rule where a runner is placed on second with three outs to work with.

“I like the guy on second base, it moves the game along,” Ragatz said.

The Gold Sox are likely to have a skeleton crew beginning today with about half its pitching staff electing to forgo the rest of the WCWS to get ready to begin their fall term in college.

Ragatz said the team will have eight pitchers available today against Alaska.

However, Ragatz said no one will be held back because it’s a win-or-go-home model so every arm is available, including recent call-up Logan Meyers of Yuba City.

Meyers graduated with Brad Madison in 2019.

“If we have to use him, we will,” said Ragatz of Meyers.

The winner of the Alaska vs. Yuba-Sutter game will play either second-seeded Bay Area or No. 15 Northwest Honkers at 6:05 p.m Thursday in Marysville.

The No. 1 overall seed is MGF Utah Marshalls, who is on the Lincoln side of the bracket.