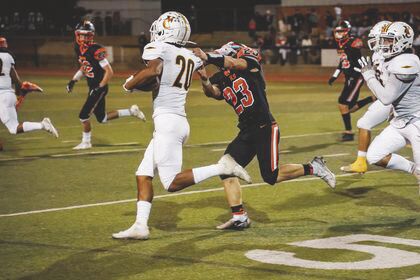 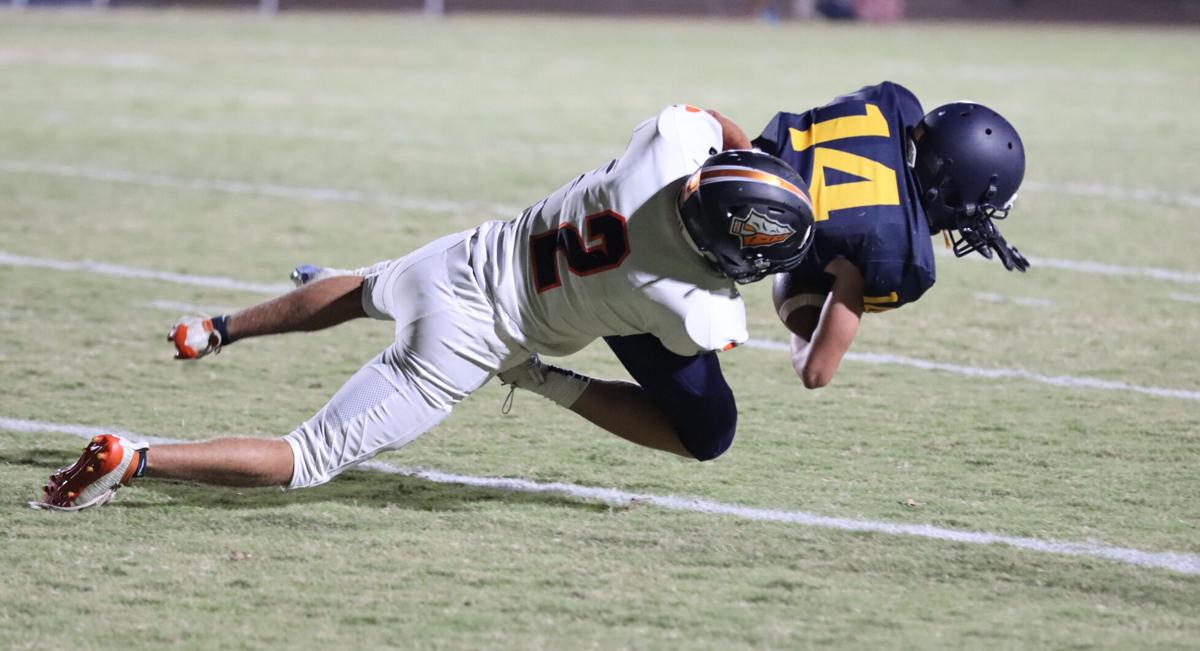 For most area football teams, tonight (Friday) marks the second to last game of the regular season.

Playoff positioning, at-large berths and league titles, will be decided in the next couple of weeks in both the Northern Section and Sac-Joaquin Section.

In the NSCIF, the postseason opt-out date will be Nov. 4 with the seeding meeting set for Nov. 6.

Teams that qualify for the playoffs can choose not to participate, so long as they opt-out by Nov. 4, the section stated in a news release.

According to the release, a school electing to opt-out must notify, in writing, the commissioner and sport advisory chair by the opt-out date, or risk a $1,000 fine.

To reduce the fine to $500, administration must present a corrective action plan at the next executive council meeting and attend the administrative workshop in August, according to the section.

The seeding meeting for NSCIF football playoffs will be at the Red Bluff High School library conference room, located at 1260 Union Street, beginning at 9 a.m. It is open to the public.

In the Sac-Joaquin Section, playoffs for all seven divisions are scheduled to begin Nov. 5, with brackets likely determined the weekend before. In divisions I-VI, where the mid-valley teams are located, each bracket will likely consist of 12 teams with automatic qualifiers being selected first. An automatic qualifier, according to the section, is a league champion or co-champion with another squad.

The remaining bids will be at-large and decided based initially on calpreps.com rankings. At-large selections must win a minimum of four games in the regular season, the section states in its bylaw.

The following is a rundown of where the mid-valley teams stand this week and next as the regular season begins to come to a close:

The Honkers return home following their second straight win over Roseville, 35-17, on the road last week.

The win moved YC into a second place tie in the Capital Valley Conference with Inderkum – 2-1/2 games back of CVC leader Antelope.

YC hosts Inderkum tonight beginning about 7:15 p.m. in a battle to break the second place tie in the league. It’s also a crucial game for YC given the state of the calpreps.com rankings.

The Honkers come in with a 14.9 rating, while Inderkum is sitting at 23.6 this week on calpreps.com.

Good wins, which calpreps refers to as any victory against a team with a higher rating, can help bolster a team’s postseason resume.

Inderkum beat YC, 7-6, in April of this year during the COVID-19 spring-modified season.

YC ends the regular season at home for senior night against Woodcreek, a team with the third best CVC rating at 20.6.

With a negative calpreps rating, Marysville is in need of what is referenced as a “good win,” tonight at home against Center of Antelope. The game is a varsity-only contest as Center’s junior varsity team was disbanded, according to Marysville Athletic Director David Chiono.

Marysville, Center, Bear River, Foothill and Lindhurst all sit at a negative rating, while Colfax has a hold on the automatic bid in the Pioneer Valley League with a 2.1 rating.

Colfax (5-2, 3-0) currently is in search of a game after its scheduled week 9 contest at Lindhurst was canceled due to the Blazers not having enough healthy players to compete this week, Athletic Director Bob Jensen said in a statement.

The Huskies put their 28-game league winning streak on the line tonight in Oroville against Las Plumas, an improved squad coming off an 0-10 season during the last full football season.

It’s still likely to be a tall task for LP on Friday, with Sutter riding a three-game win streak since a 21-0 road defeat at upper division Foothill (Palo Cedro).

Kickoff is set for about 7:30 p.m. at Harrison Stadium.

This is a battle to break the logjam in second place of the Butte View League. Currently, Wheatland, Gridley and LP are tied at 2-1 in the BVL.

The Pirates are coming off back-to-back wins over West Valley and Bear River to put itself back into position for a possible at-large playoff berth.

Gridley bounced back last week with a 10-0 win over LP last week to get itself into a three-way tie for second in the BVL.

Colusa resumed its season this week following a 10-day quarantine for a possible COVID-related exposure. The RedHawks will host Corning for senior night in a nonleague battle beginning about 7:30 p.m.

The Bears will be making their first trip to Om Wraith Field in at least 17 years in a game that could go a long way toward deciding the Sacramento Valley League title.

Both teams were off last week, with Pierce on a bye and Paradise on the other end of Colusa’s COVID-19 cancelation.

The teams did play earlier this year in Arbuckle, with Paradise winning 31-21.

Kickoff is set for about 7 p.m.