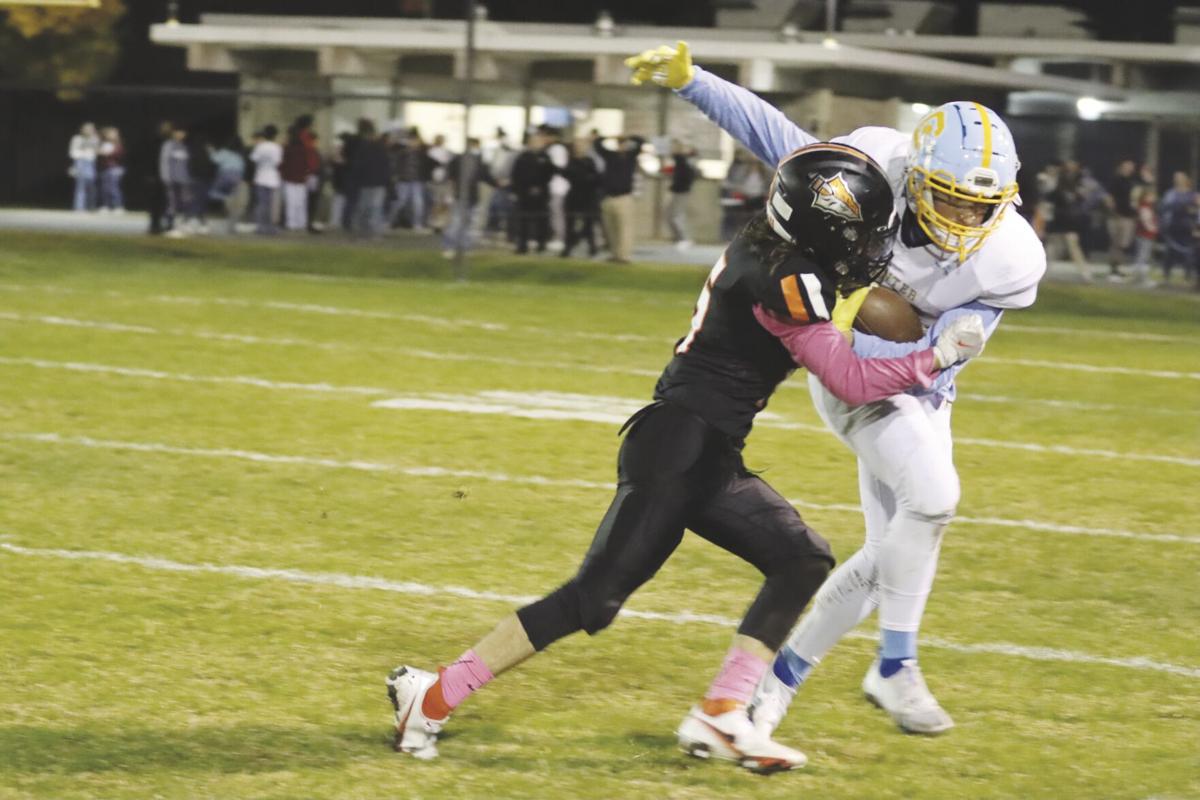 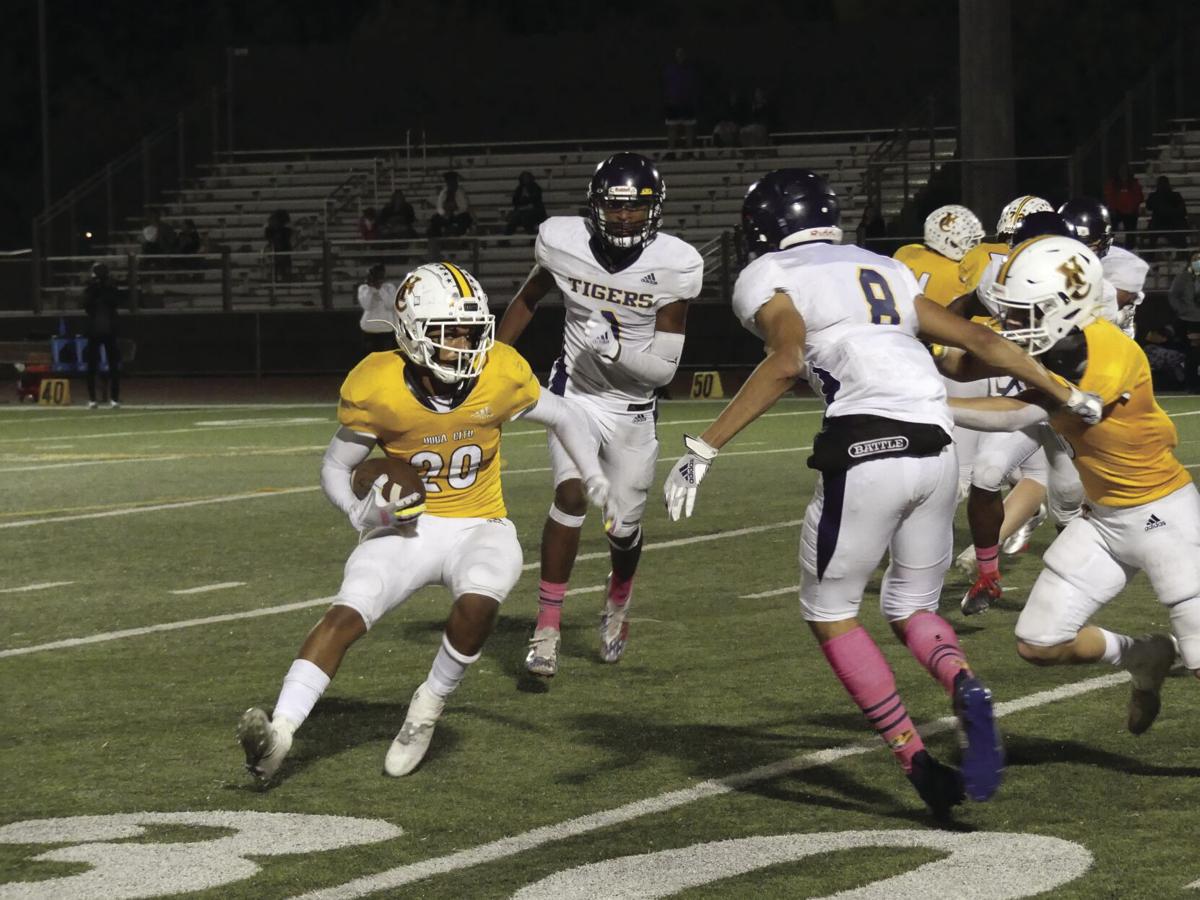 Head coach Willie Burns earned his first win over Inderkum Friday after the Yuba City High football team seemingly controlled the Tigers for most of the game’s 48 minutes, en route to a 37-7 win Friday night at Honker Stadium.

The win, the first since 2012, snapped an 8-game slide against Inderkum.

YC (6-3, 4-1 Capital Valley Conference) led 17-0 at the break after a pair of touchdowns from senior, 205-pounder Joaquin Porcayo. The Honkers added a late, 37-yard field goal with just over seven seconds left in the first half to extend the lead to three scores.

Defensively, YC was stout all night – a trait Burns said he was extremely pleased with. YC opened up with a big stop in the flat on a wide receiver screen on third down to force Inderkum (5-3, 3-2 CVC) to punt in the first quarter. A little later in the first, YC got it down inside the 20 courtesy of a first-down run from Porcayo. The drive eventually stalled when Inderkum intercepted junior quarterback Nick Afato near the goal line with 10 minutes, 25 seconds left in the second quarter.

Inderkum would fail to move past its own 20 before it had to punt again.

YC took over at the Tiger-44 and moved to within striking distance on an Afato 25-yard designed run. He would be followed by a 13-yard jaunt from Porcayo to make it first-and-goal at the 3.

Two plays later, Porcayo earned the second of his three scores on a short-yardage TD, extending the Honkers’ lead to 14-0 at the 5:37 mark of the second.

“We came out and did what we do,” Burns said. “It was a good game all around on both sides of the ball.”

Burns praised the team’s rush attack as a dangerous weapon ready to strike at any moment.

“We start leaning on people and eventually it will pop,” Burns said. “We think we’re figuring it out … that's huge for us.”

Afato and Brandon Sanders both scored in the second half to put the game out of reach.

Despite two scores from Landin Parks, including an 85-yard rushing touchdown, Marysville still lost at the end on another fourth-quarter score by the visiting team Friday night at War Memorial Stadium.

“It’s part of the growing pains of a new program and new system,” Holmes said.

However, it’s still three losses to just one win in league – something that doesn’t bode well for a playoff berth.

The defeat dropped the Bears to 5-3 overall and 3-1 in the Sacramento Valley League.