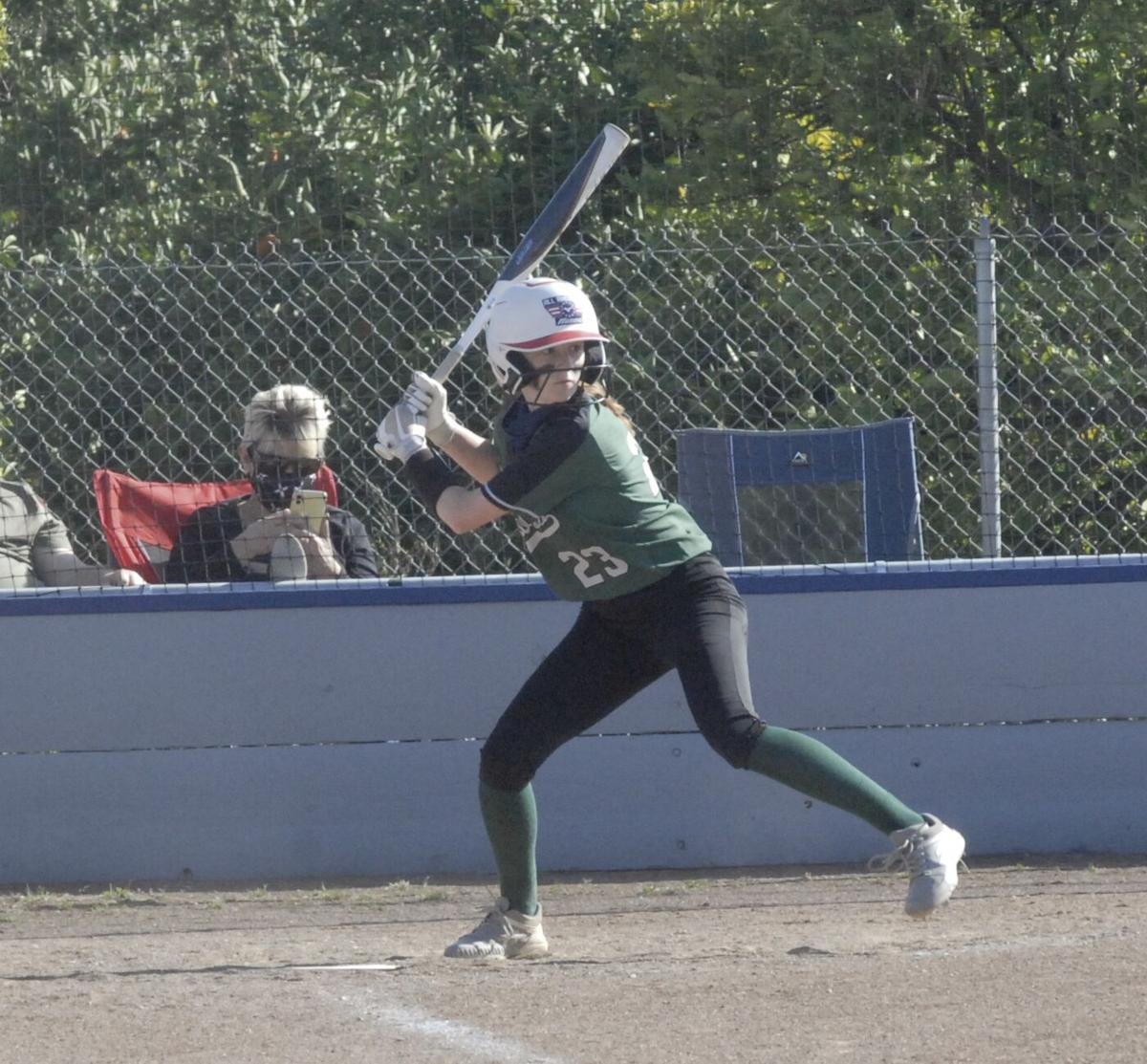 River Valley’s Korrie Almond against her counterpart, Riley Wickum in the box Tuesday. 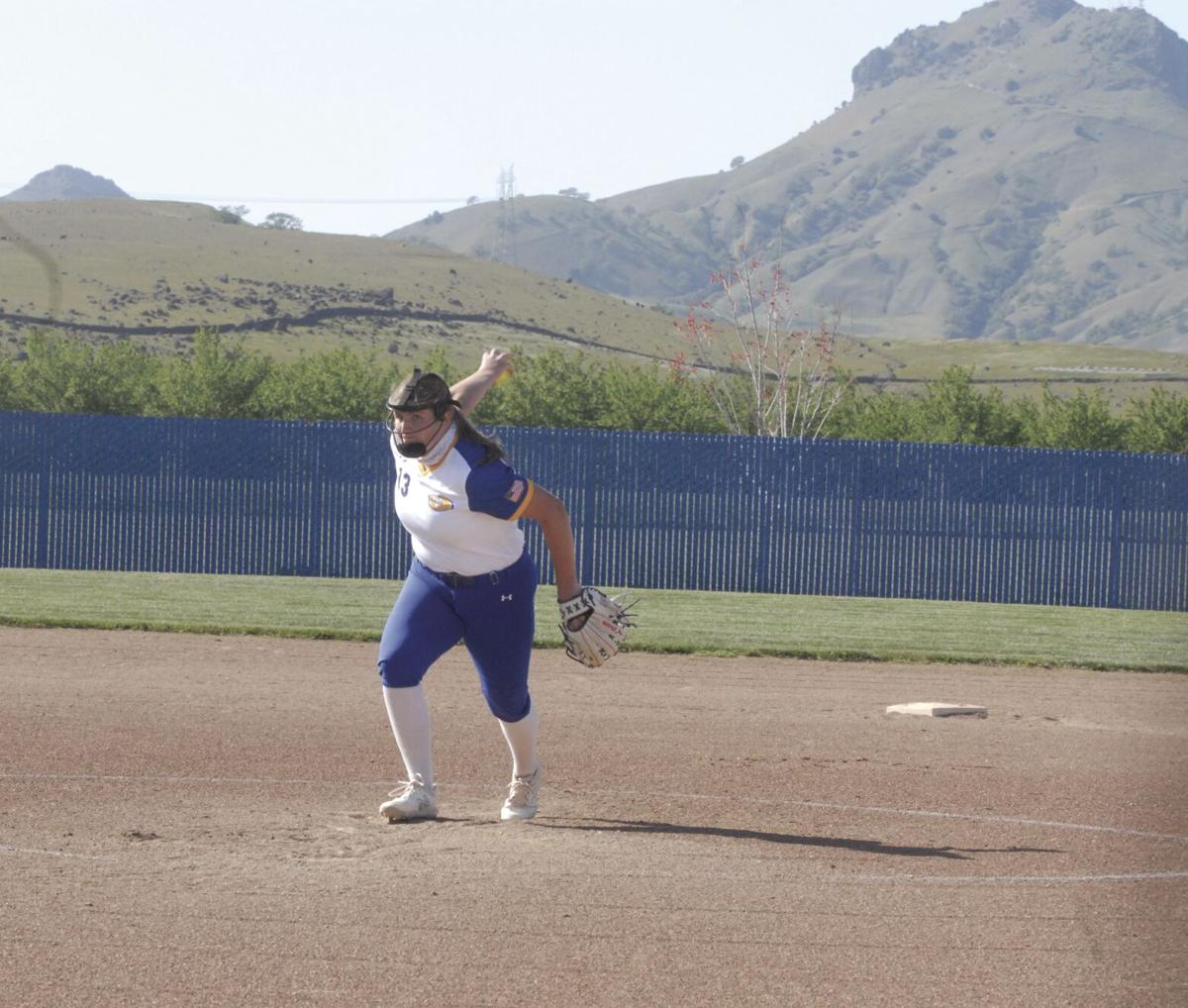 River Valley’s Korrie Almond against her counterpart, Riley Wickum in the box Tuesday.

Playing in front of its home crowd for the first time this season, the Sutter High softball team maintained its hot start to 2021 with a 6-0 win over River Valley (Yuba City) in a cross-section battle between a pair of local teams.

Sutter had its top arm in the circle, in junior Riley Wickum, who did not yield a runner into scoring position through three innings. In the meantime at the plate, Sutter (3-0) struck first in the home half of the second with three runs, courtesy of a couple misplays by River Valley in the field. Courtesy runner Cali West came home on the second error from a Falcon infielder to push it to 1-0 Huskies. A little later, a misplay at home resulted in a 2-0 lead. Sutter would cap the frame when freshman Olivia Bauer connected on a two-out single to left to score courtesy runner Sydney Cavazos for a 3-0 lead.

Wickum turned around and struck out the side in the third for three of her career-high 19 strikeouts, giving Sutter a huge edge early.

Wickum went the distance, allowing zero runs on four hits, en route to her third win of the season.

River Valley (0-2) got its first runner to second in its half of the fourth after Samantha Flores smacked a hard-hit ball off Wickum’s glove for an infield single that put runners on first and second with two outs.

The threat was extremely short-lived, as Wickum fanned the third out in the inning to stay clear of any run-scoring damage.

“Riley has so many pitches that work (that) she is able to move all over the plate and it really keeps batters off balance,” said Sutter coach Stefanie Danna. “She came out with a focused attitude and to be a leader this year.”

Offensively, Bauer finished 3-4 with a RBI to lead the Sutter attack. Wickum finished 1-3, Morgan Heggstrrom 1-2 with an RBI and Meadow Topete added a double.

The Huskies travel to River Valley Thursday for a 4 p.m. scheduled showdown.

To report scores, please send information to jlarson@appealdemocrat.com or call 749-6560.