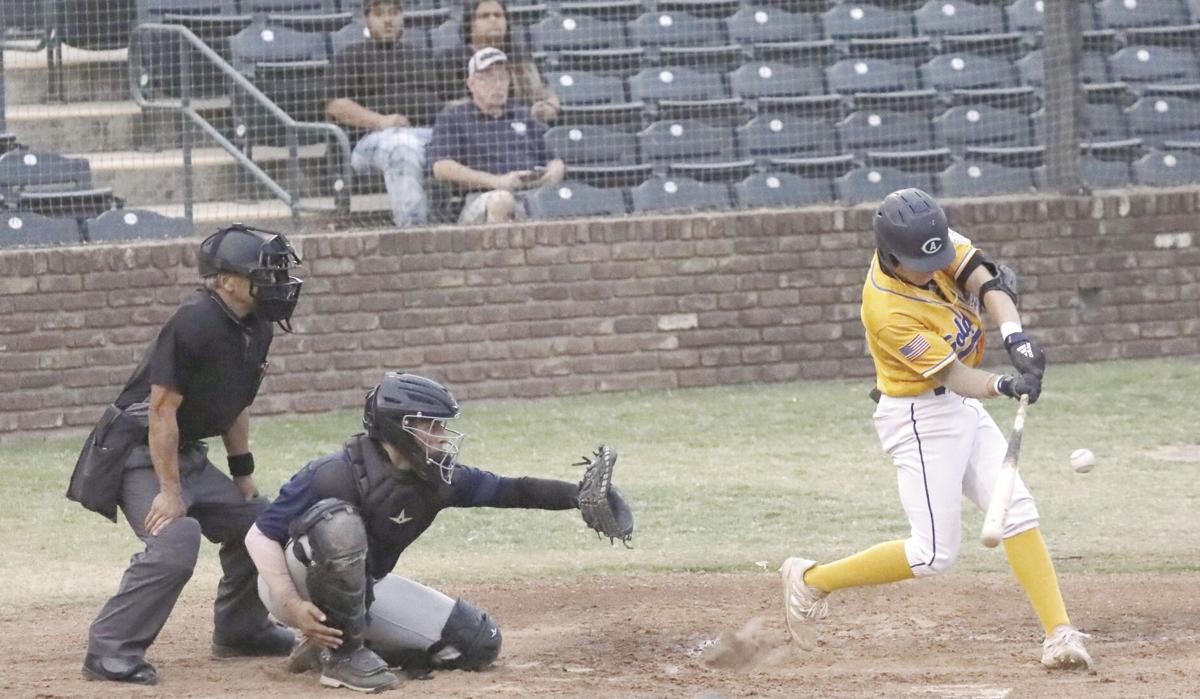 Will Bermudez at the plate earlier this weekend during the West Coast World Series. 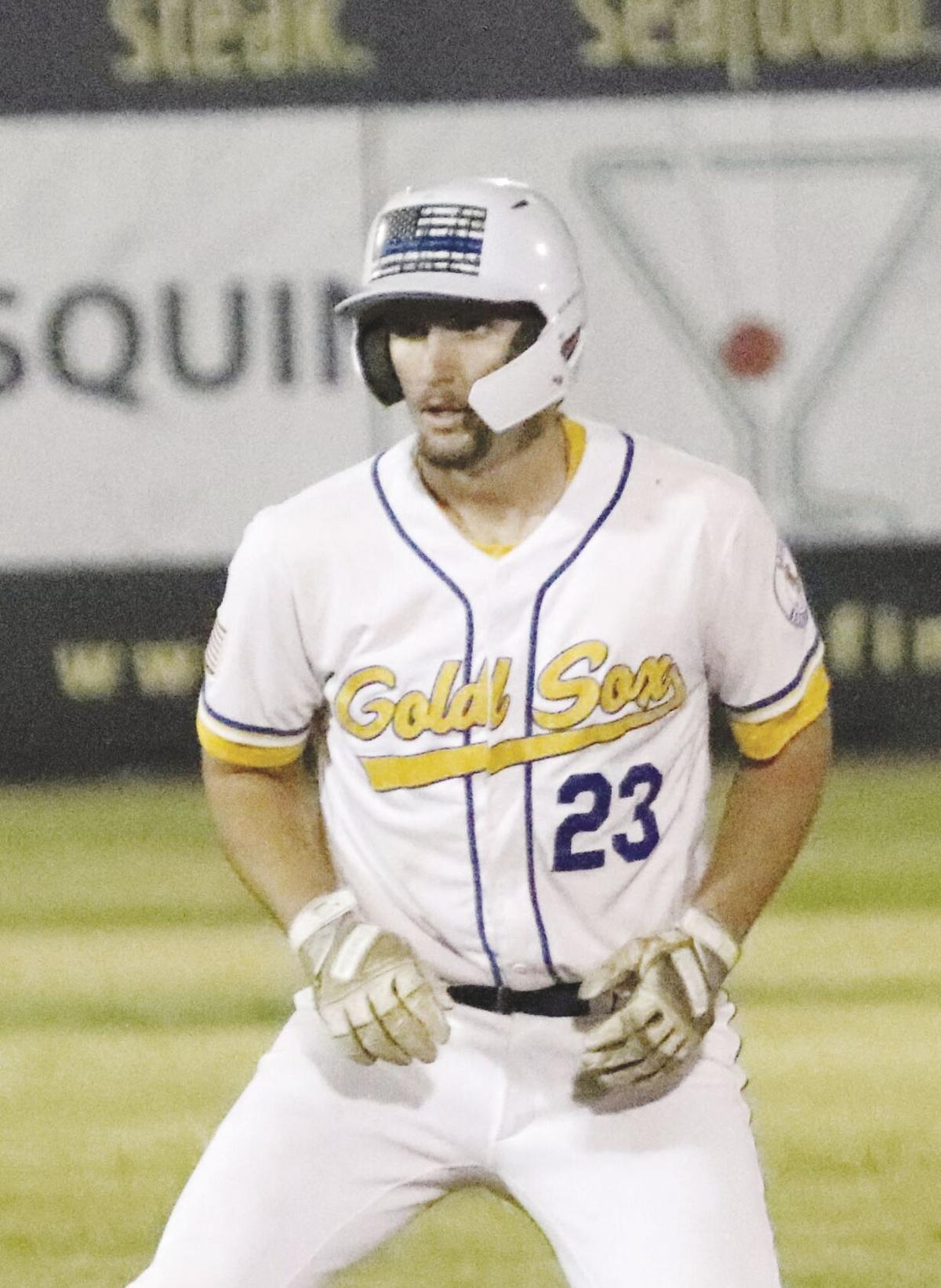 John Sheehan was the two-hitter and played first base.

Will Bermudez at the plate earlier this weekend during the West Coast World Series.

John Sheehan was the two-hitter and played first base.

The Yuba-Sutter Gold Sox were a part of the narrowed field of eight teams Thursday competing in the quarterfinals of the first-ever West Coast World Series played at Hard Rock Park (Marysville) and Lincoln’s McBean Stadium.

The Gold Sox’ task Thursday was the 4-0 Bay Area Bombers, who won pool C of the Marysville bracket last weekend. The Bombers, seeded second in the knockout phase, and the Gold Sox went toe-to-toe for the first four innings before Yuba-Sutter struck late and held off Bay Area, 7-6 to advance to the semifinals.

Yuba-Sutter gets West Coast at 12:05 p.m. today (Friday) in the semifinals. The semifinal will be played in Marysville. The semifinal winners on each side of the bracket will meet at 6:05 p.m. Friday in the finals at McBean Stadium.

Yuba-Sutter got things started right in the top half of the first when its leadoff hitter Will Bermudez worked his way out of an 0-2 hole and earned a walk off Bay Area starter Izzy Velazquez. The UC Davis product reached second on a wild pitch and later scored on a Brandon Motheral base hit up the middle. Hunter Hanes also reached on a single and later advanced on a stolen base but was stranded there.

The Gold Sox added another in the second on the first of two hits by Jerin Mann, scoring Matt Smith and putting the hosts up 2-0.

Bay Area tied it at two in the bottom of the second when it earned two walks, a base hit and took advantage of a Yuba-Sutter error and wild pitch to tie it at deuce.

Bay Area went up by a pair in its half of the third when it reached on two singles and another hit batter to put the Bombers in front 4-2.

Bermudez helped quell the storm with two putouts – a second gloved pickup in the hole between short and third before firing it to first on a frozen rope for the second out.

The defensive gem seemed to gather some momentum as the Gold Sox put two on the board in the top of the fourth to bring the game to a 4-4 tie.

Mann helped produce the first run in the fourth with a base hit to plate Isaiah Terrazas, while Logan Whitesides drove home another with a single to shallow right.