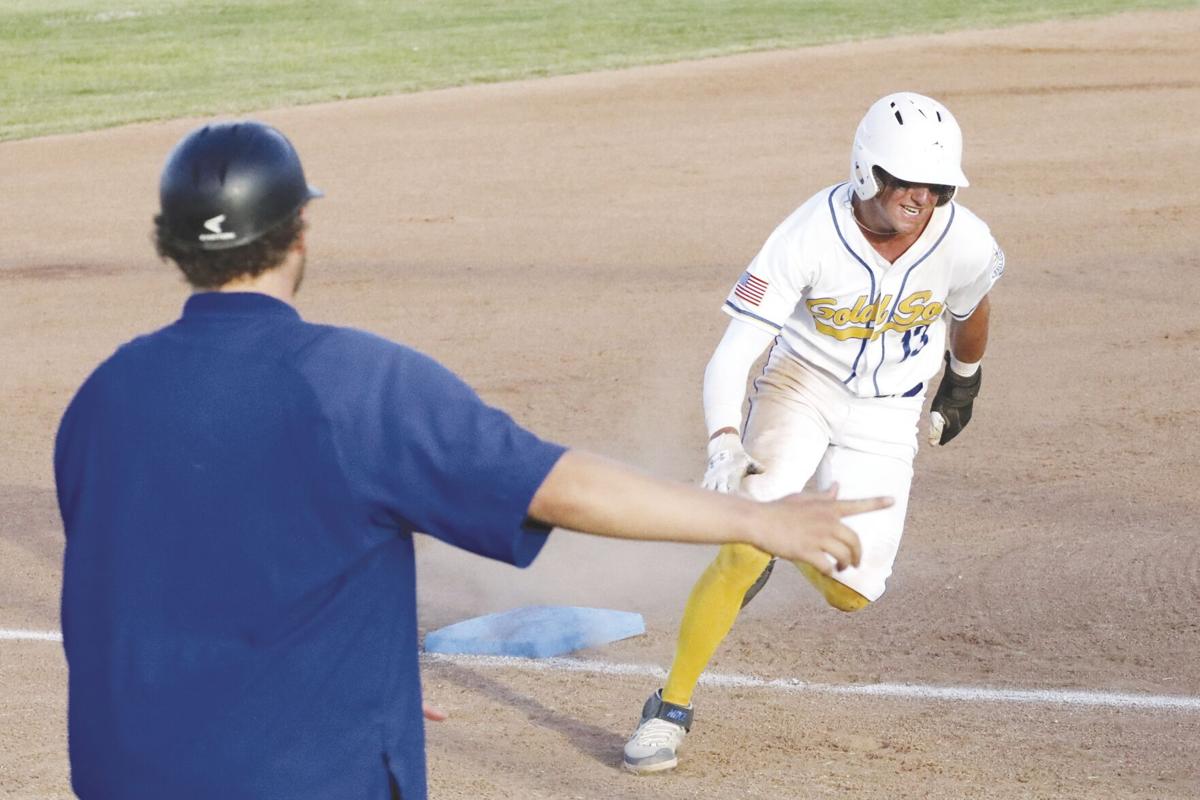 Gold Sox head coach Brock Ragatz directs baserunner Cole Warner to home during the first half of the season. Yuba-Sutter is 16-8 heading into today’s homestand opener against Folsom. First pitch is set for 7 p.m. at Hard Rock Park. 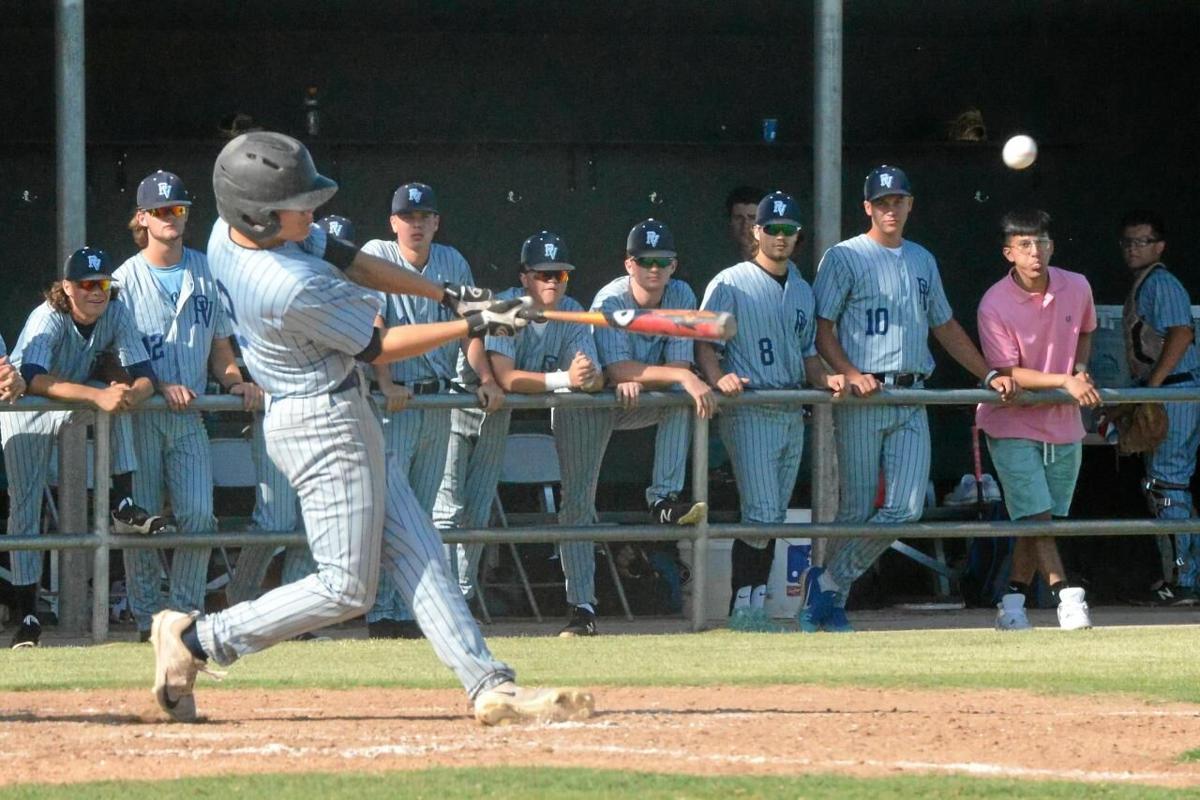 Just like Major League Baseball, the Yuba-Sutter Gold Sox have hit the approximate midpoint of its season and are 16-8 on the year.

He said right now there are summer collegiate teams coming from the Alaska League, the West Coast League and California Collegiate League where Lincoln plays out of.

The Division-I talent in Marysville will likely be plentiful, Ragatz said, during the second week of August.

“More good baseball (is) coming to Marysville,” he said.

Outside of a winless stretch against Lincoln during the first half of the season, Ragatz feels the Gold Sox are playing good baseball against its league counterparts.

He said while it was a slow start, the team picked up steam and will enter its first second-half homestand in a good place beginning Thursday against Folsom. Like always, Yuba-Sutter plays each Thursday through Sunday. On Friday, the team welcomes in Walnut Creek for a two-game set, before another battle with Folsom set for Sunday, July 18.

While it won’t see Lincoln again in the regular season, Ragatz is hoping to get another crack at his former home in the playoffs.

Ragatz said Lincoln’s best trait is its ability to rally late in games.

“Lincoln presses the whole nine innings, that’s what sets them apart,” he said. “They play their best baseball late in the game. A lot of (our guys) haven’t played that type of talent (so) it’s good to see them compete against a team like Lincoln.”

The Gold Sox had one player selected in Major League Baseball’s amateur draft as BJ Vela heard his name called in the 16th round (466 overall) by the Boston Red Sox.

Gold Sox head coach Brock Ragatz said Vela, originally from Chico where he played prep baseball for Pleasant Valley before moving on to Reedley College, will clean out his locker on Thursday.

“It’s awesome to see (because) that’s our goal as coaches to get guys to the next level,”Ragatz said.

Ragatz sees Vela as an infielder with Boston or possibly an outfielder.

Whatever position it is, Ragatz said, Vela’s biggest contribution will be with the bat in his hands.

“They got a spot in the lineup for his bat,” Ragatz said. “He was hitting  .400 before his pro day and preparing for the draft … His bat is his strongest attribute.”

Ragatz said right now he is leaning to Isaiah Terrazas as the replacement for Vela in the Gold Sox lineup.

Terrazas is coming here from Sierra College where he hit .347 in 19 games this past spring.

Most of the team’s lineup consists of junior college athletes, which Ragatz said is by design.

“It’s fun (working with them),” he said. “These (junior college) guys are trying to make the jump and we get to help along the way. That’s our goal is strictly development.”