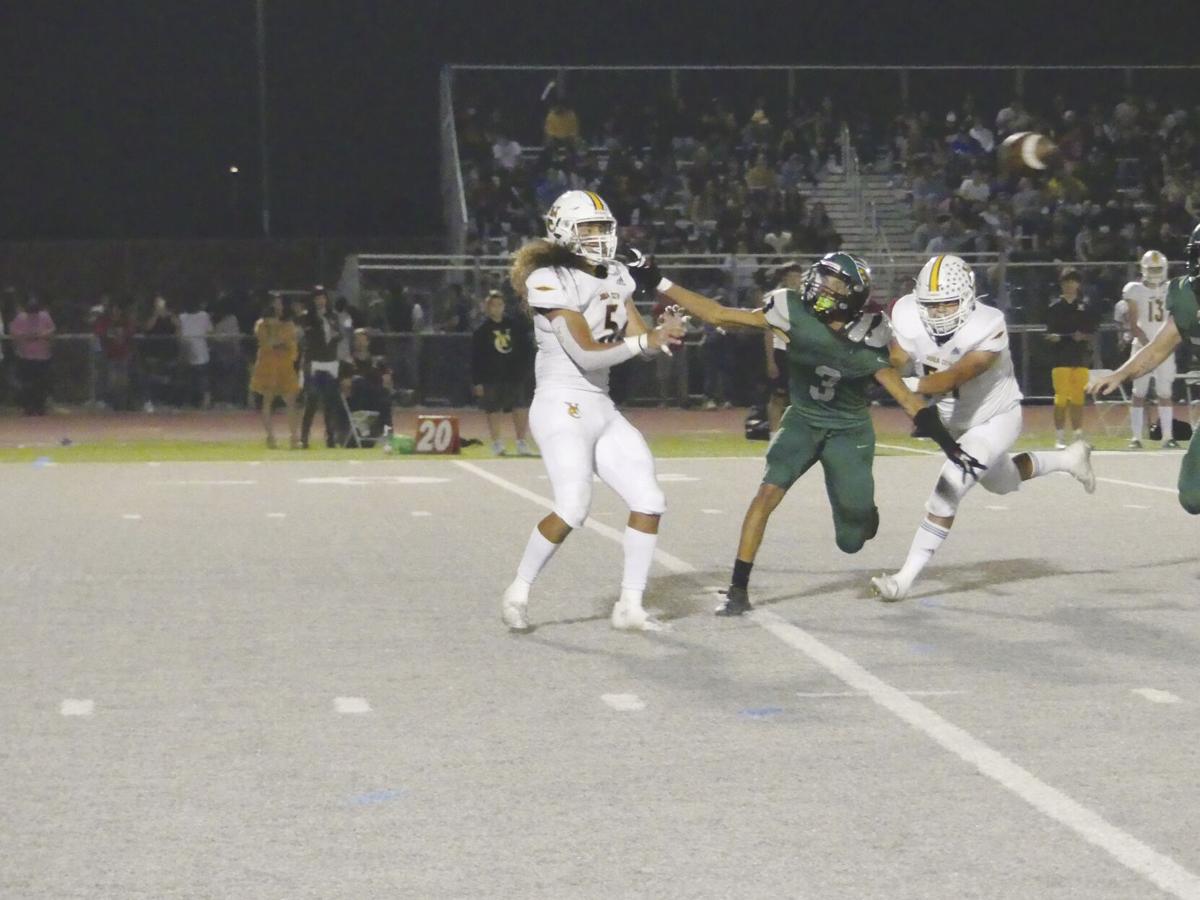 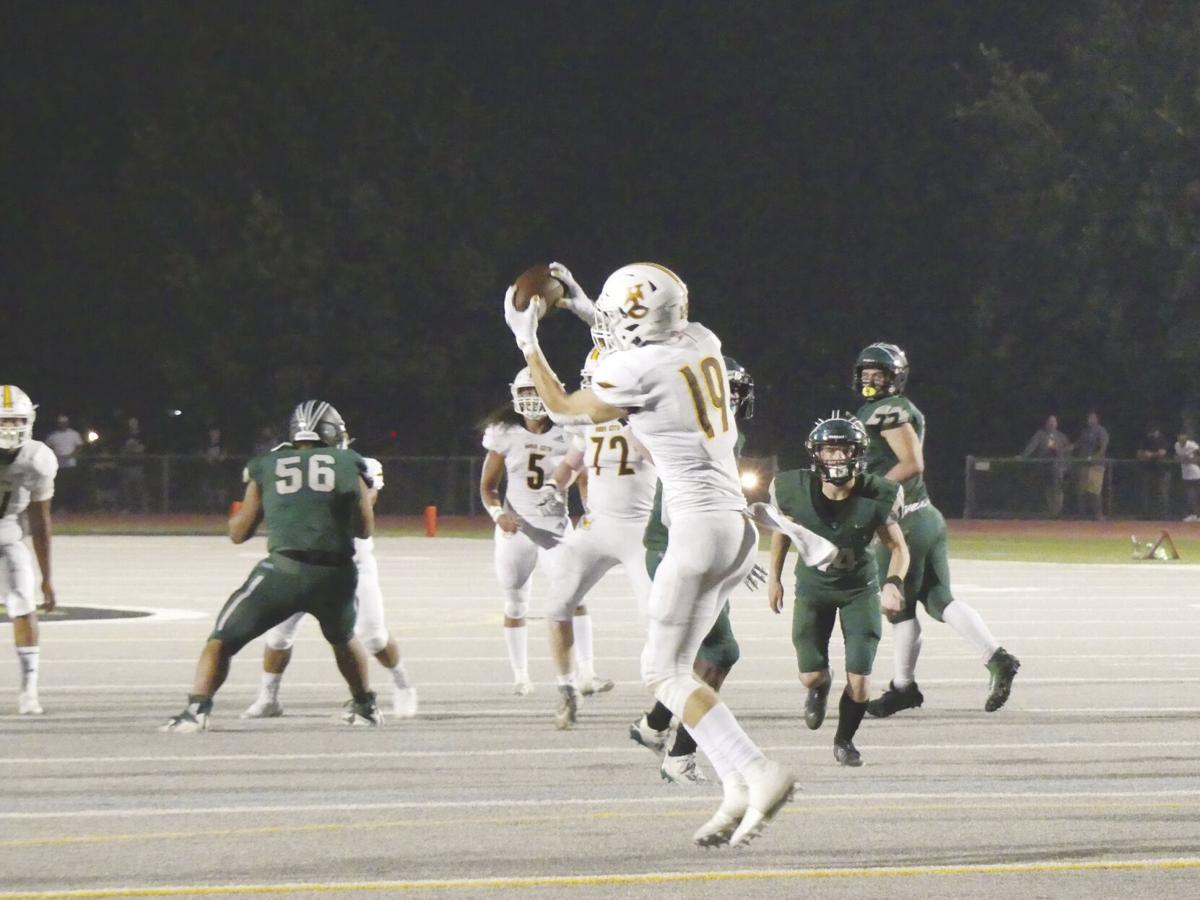 Yuba City junior Cole Parsons catches a touchdown pass from Nick Afato during the first half of the Honkers’ 58-18 win over River Valley in the annual Mayor’s Cup hosted this year by River Valley High School.

Yuba City junior Cole Parsons catches a touchdown pass from Nick Afato during the first half of the Honkers’ 58-18 win over River Valley in the annual Mayor’s Cup hosted this year by River Valley High School.

The Yuba City High football team is champions of the Mayor’s Cup for a sixth straight time.

The last win was the second in 2021 when YC throttled RV, 58-18 on Friday night in front of a packed house split about evenly between Honker and Falcon fans at Falcon Stadium in Yuba City.

YC opened up against its rival with a lot of the game’s early momentum after stuffing RV on a 4th-and-3 near midfield and giving itself a short field on its opening possession. Less than a half-dozen plays later, Joaquin Porcayo delivered a seven-yard touchdown around the left edge to put the Honkers in front 7-0 with 9 minutes, 35 seconds left in the first quarter. RV (0-4, 0-1 CVC), courtesy of a strong kick return, opened in YC territory and was able to get on the board with a 14-yard run from sophomore Jayce Prochaska. The point after touchdown was blocked, so YC led 7-6 at the 7:19 mark. After back-to-back fumbles by both teams, YC scored again on a play-action pass from quarterback Nick Afato to junior receiver Cole Parsons. Parsons found himself with plenty of space on a streak up-the-middle, and Afato hit him in stride to give YC the lead 14-6. RV answered right back with another strong kick return, getting itself into Honker territory for a third time in the opening quarter. DJ Montoya capped the short drive with a touchdown one play into the second quarter.

Afato used his legs on the team’s next offensive possession, eluding a rush and reeling off a 26-yard gain to get the ball down to the Falcon 20. Despite another illegal blocking penalty that pushed YC backward, the Honkers eventually capped the drive on a Brandon Sanders 8-yard run. Sanders crossed the pylon with a host of players riding his back, pushing the YC lead to 21-12.

The Honkers delivered 15 more unanswered points to go into halftime in front, 36-12.

Both schools came together and shared a moment of silence for the would be Falcon senior.

Week 5 at a glance

The Appeal-Democrat was produced early so the latest scores and results were not available. Sorry for the inconvenience.