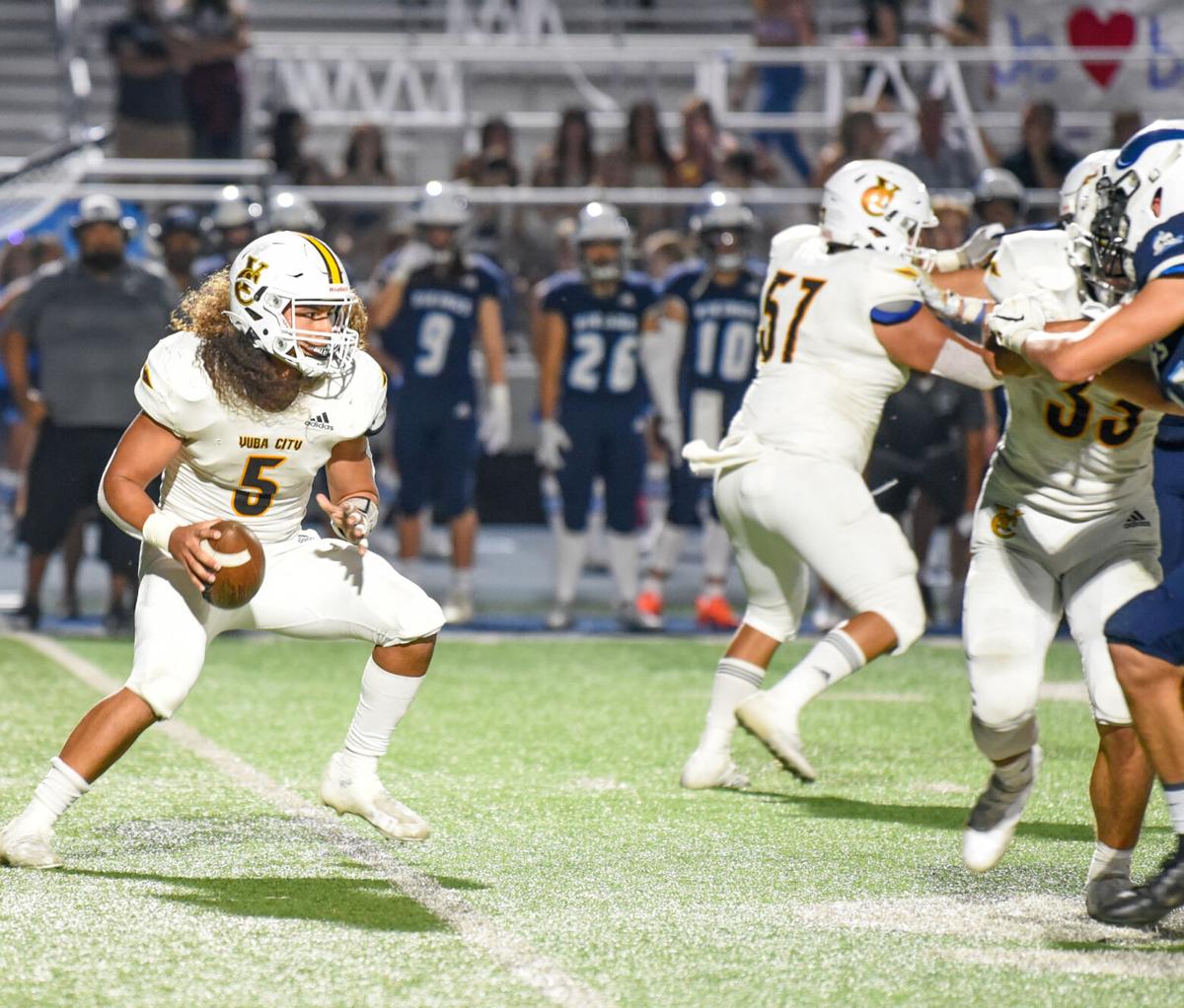 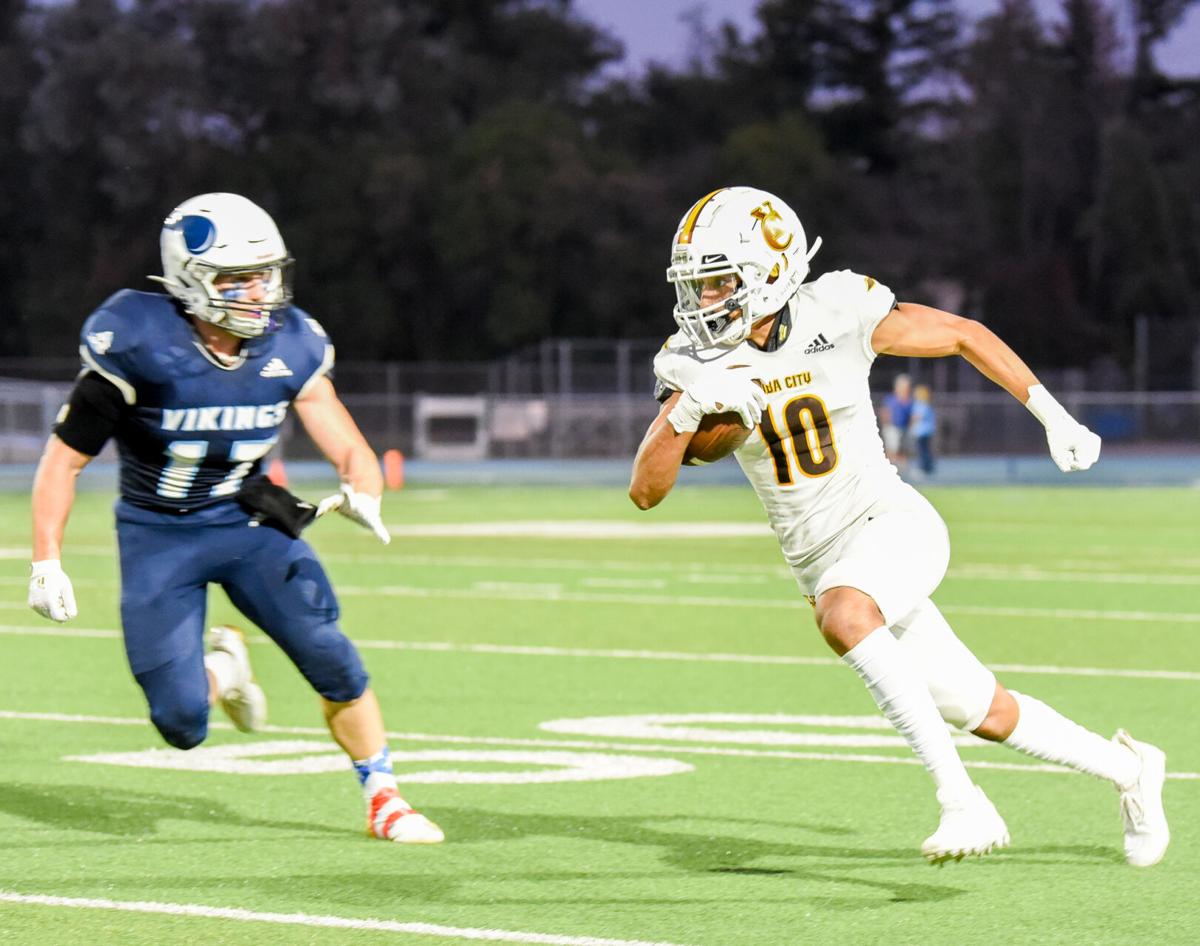 Yuba City’s Kaleb Banez tries to get by Pleasant Valley’s Breandan Nash during the road game against the Vikings Friday night in Chico.

Yuba City’s Kaleb Banez tries to get by Pleasant Valley’s Breandan Nash during the road game against the Vikings Friday night in Chico.

The Pleasant Valley High football team fought all evening to try and secure a lead, but ultimately fell short by the final buzzer.

The host Vikings got within 24-21 in the fourth quarter but were unable to overtake the visiting Yuba City Honkers who spoiled PV’s homecoming and season opener with a 38-21 victory Friday night.

YC has won two straight over PV dating back to the spring 2021 modified season.

The host Vikings were slow to start after falling behind 7-0 early in the first quarter. Yuba City’s Joaquin Porcayo broke through for a 27-yard gain which set up the first of his three touchdowns from 4 yards out.

Ian Guanzon, the senior quarterback for the Vikings, connected with wide receiver Noah Thomas for two touchdowns. Guanzon provided two touchdowns through the air and added another on the ground.

The first was a 25-yard pass to Thomas for the Vikings’ first score of the night that tied the game 7-7 with 11:50 left in the second quarter. Later, Guanzon threw a strike to Thomas for a 17-yard TD to even the game once again at 14-all with 43 seconds left in the first half.

PV and Yuba City remained even 14-14 for a mere 12 seconds late in the second quarter before Yuba City’s Porcayo broke off for a 64-yard touchdown run to take the lead and send the Honkers into halftime with a 21-14 lead.

The Honkers remained in control throughout the third quarter. Trailing 21-14, PV began to rally. Gabe Garretson hauled in a 24-yard catch over the middle, however, a costly penalty negated the score. The Vikings’ drive would end in a turnover on downs, stifling their momentum.

In the first quarter, PV forced a fumble on a Yuba City punt that was scooped up by Luke Alloway and returned for a touchdown. However, a penalty for a horse-collar tackle was called, wiping out the six points.

But PV continued to climb back within reach.

However, the Honkers pulled away for good in the fourth quarter after a field goal and two touchdowns.

It was the second neck-and-neck battle between the two teams to happen in 2021.

In the spring during the COVID-shortened five-game season, PV fell to Yuba City on a 14-7 setback on the Honkers’ turf.

Yuba City is at Pleasant Grove next week to replace the Lincoln game, which was canceled twice due to poor air quality.