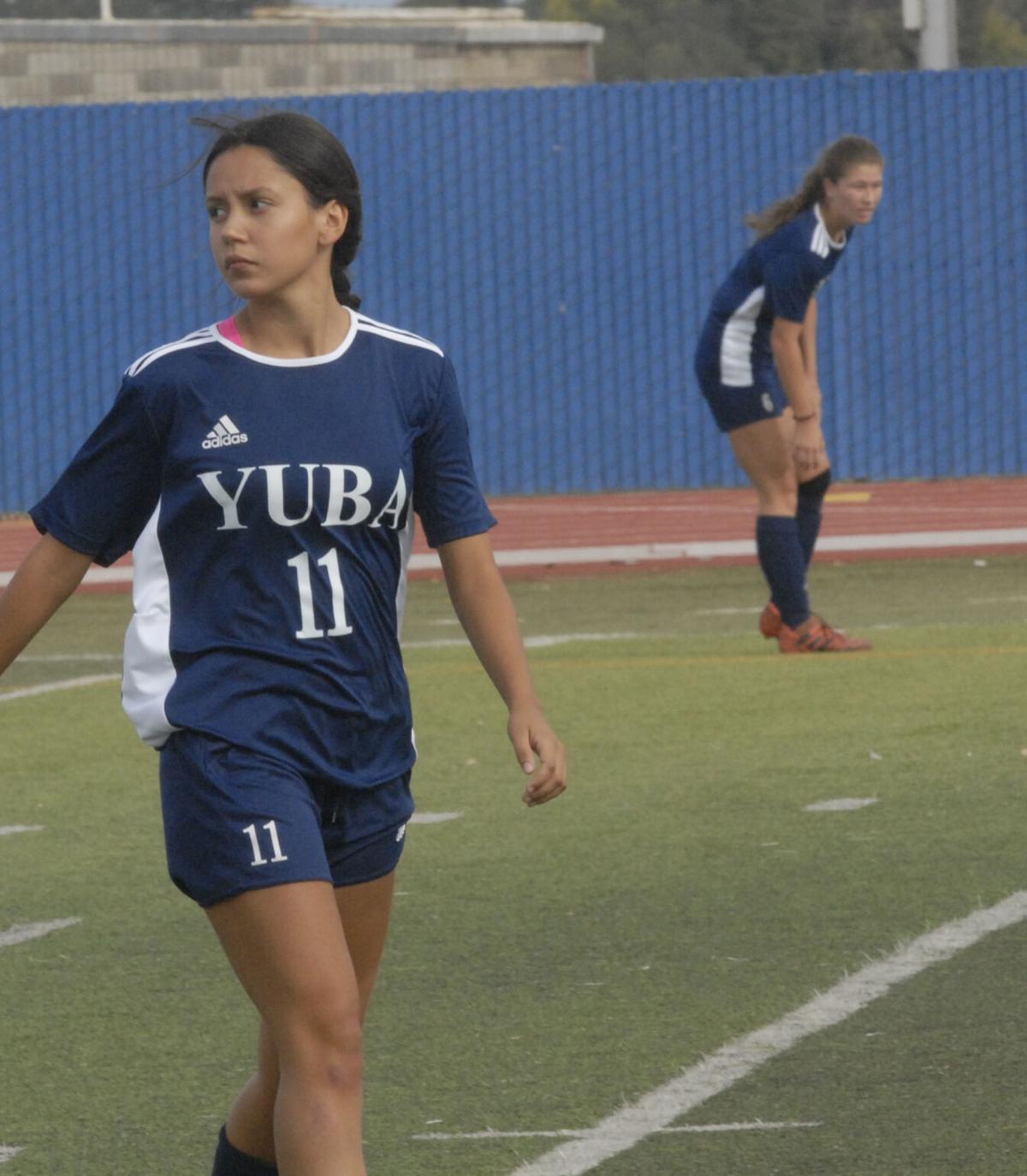 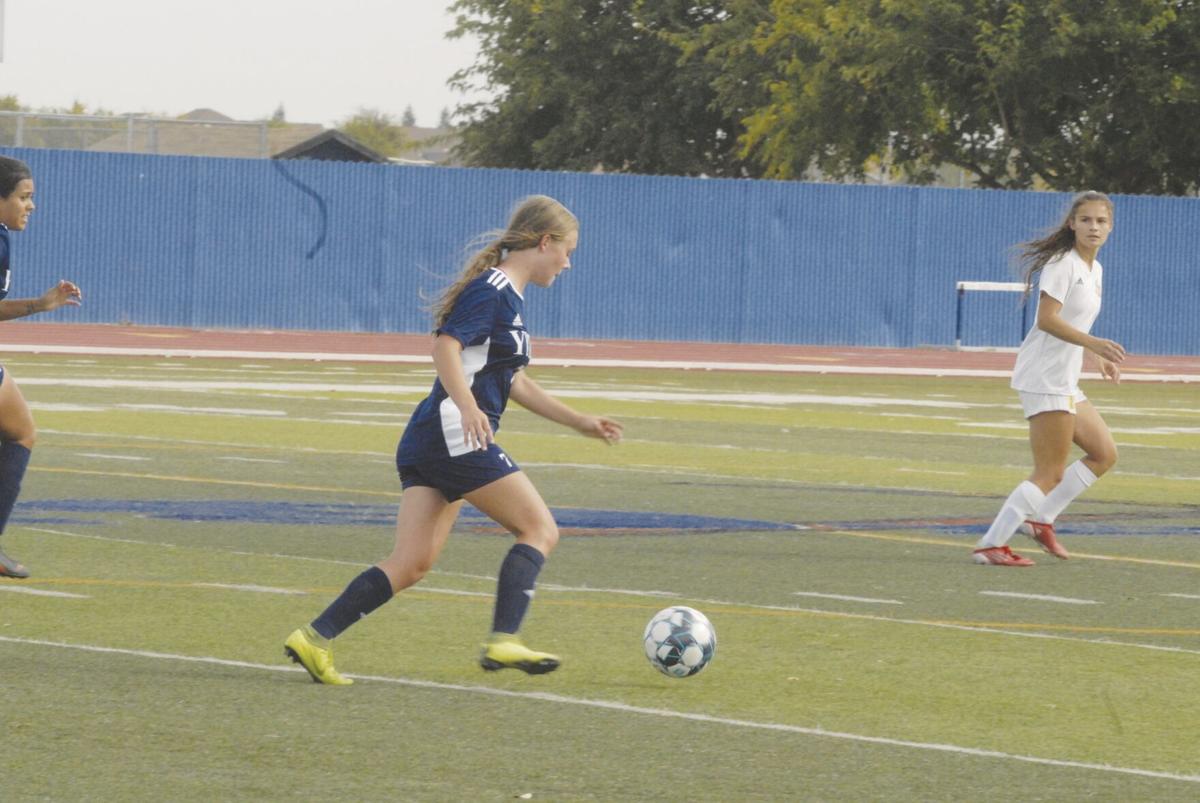 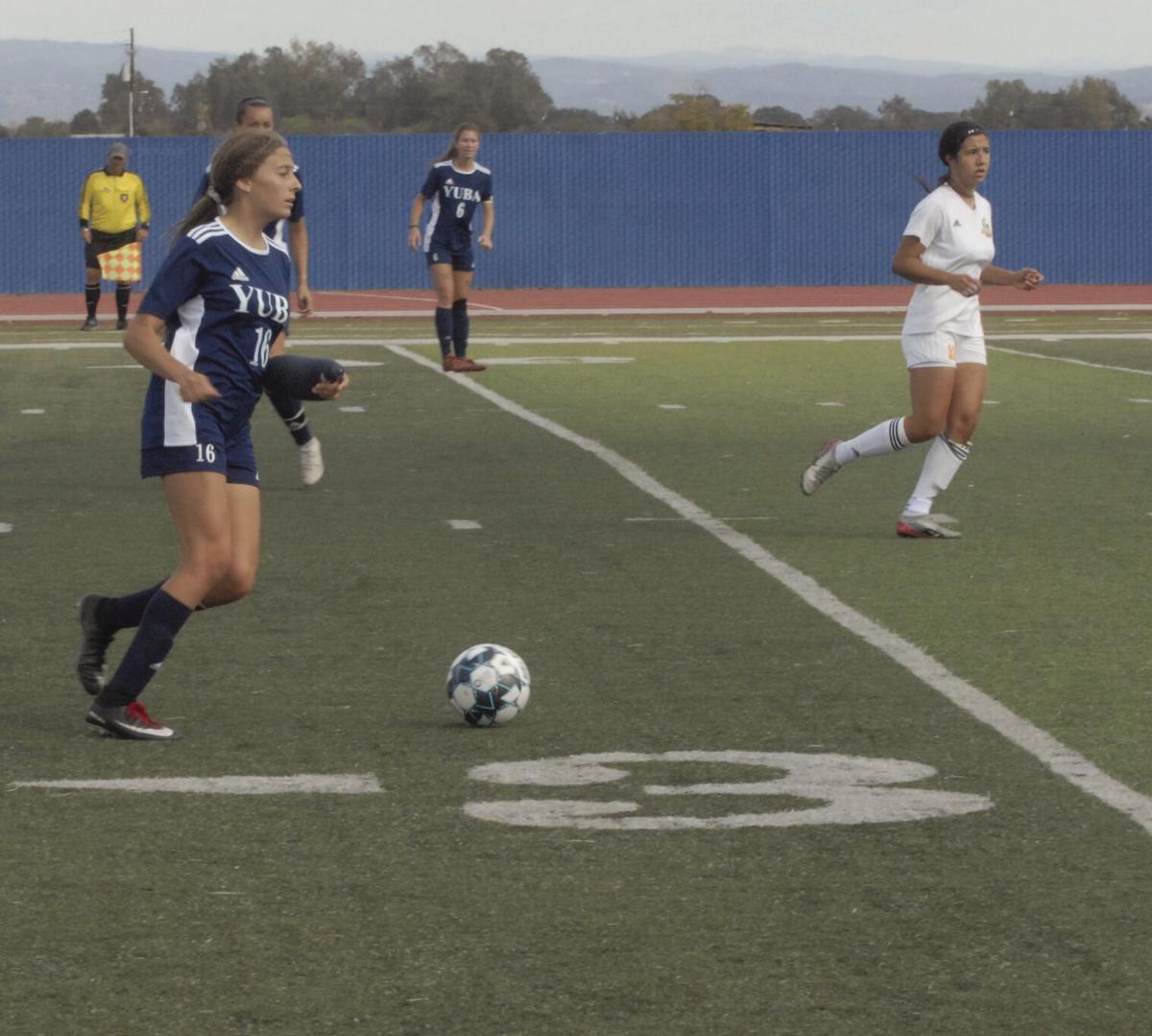 Emily Jimenez looks to make a move for Yuba College against Los Medanos.

Emily Jimenez looks to make a move for Yuba College against Los Medanos.

Yuba College women’s soccer hits the road today to begin the first postseason opportunity in two years when it travels to Redwood City to take on No. 16 Cañada College in a Northern California Regional play-in match beginning at 2 p.m.

Yuba College, seeded No. 17 following a runner-up finish in the Bay Valley Conference behind Los Medanos, comes in at 14-7 overall and 11-3 in the Bay Valley. The 49ers, coached by Cristina Baggio, won their last six games of the regular season scoring a combined 26 goals.

Baggio is excited for her freshman-heavy squad to get needed playoff experience.

“I think it’s great … the team is young so for them to get this experience their freshman year is exciting,” Baggio said in a statement. “We have worked hard to get where we are now.  Beating Solano was the key to our season and getting second place in the conference.”

The team’s leader during its final spurt was Live Oak High product Bella Goodson, who netted a state-high 36 goals through the regular season, according to the latest tally from www.cccaasports.org.

Goodson has scored multiple goals 10 times this season, including twice hitting a five-spot for Yuba. She has 79 points and seven assists on the year.  The team’s second option heading into the postseason is forward Amelia Adamson, who has 10 goals and 27 points in 21 contests.

Yuba looks to counter a Cañada team that finished second in its conference behind No. 2 seeded Hartnell (17-2-2).

Cañada finished 9-8-1 and 5-4 on the year to earn the No. 16 seed in the play-in round. The winner gets Hartnell on the road Saturday in a time to be determined later.

The finals are set for Dec. 5.

Though missing out on the postseason this year, Yuba men’s soccer earned a plethora of awards beginning with Bay Valley Coach of the Year honors for Rene Villegas and Salvador Arevalo, according to a conference news release released on Wednesday.

Yuba received a number of all-Bay Valley selections beginning with Leo Guzman earning first-team status and defender of the year.

Adrian Rosales, Diego Martinez and Felix Santiago were awarded second-team all-conference. Yuba finished second to Napa Valley in the Bay Valley with a 10-8-1 overall mark and  7-2-1 in conference. Napa Valley was the lone postseason selection from the Bay Valley. No. 16 Napa opens at No. 1 Hartnell Saturday.