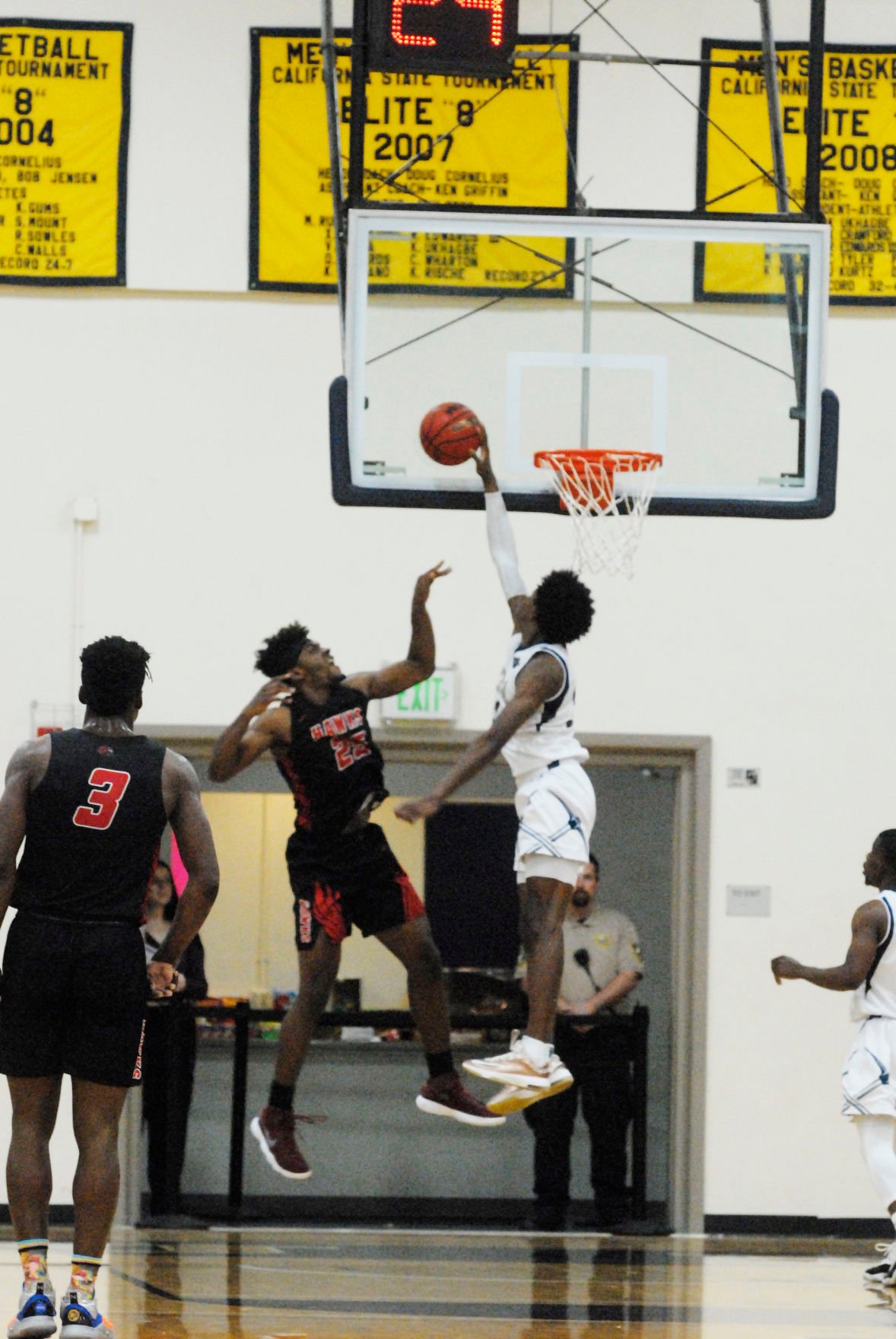 Yuba’s Patrick Lambey, right, blocks a shot attempt from Las Positas’ Michael Moore in the second half of Saturday’s playoff game at the Yuba College gym in Linda. 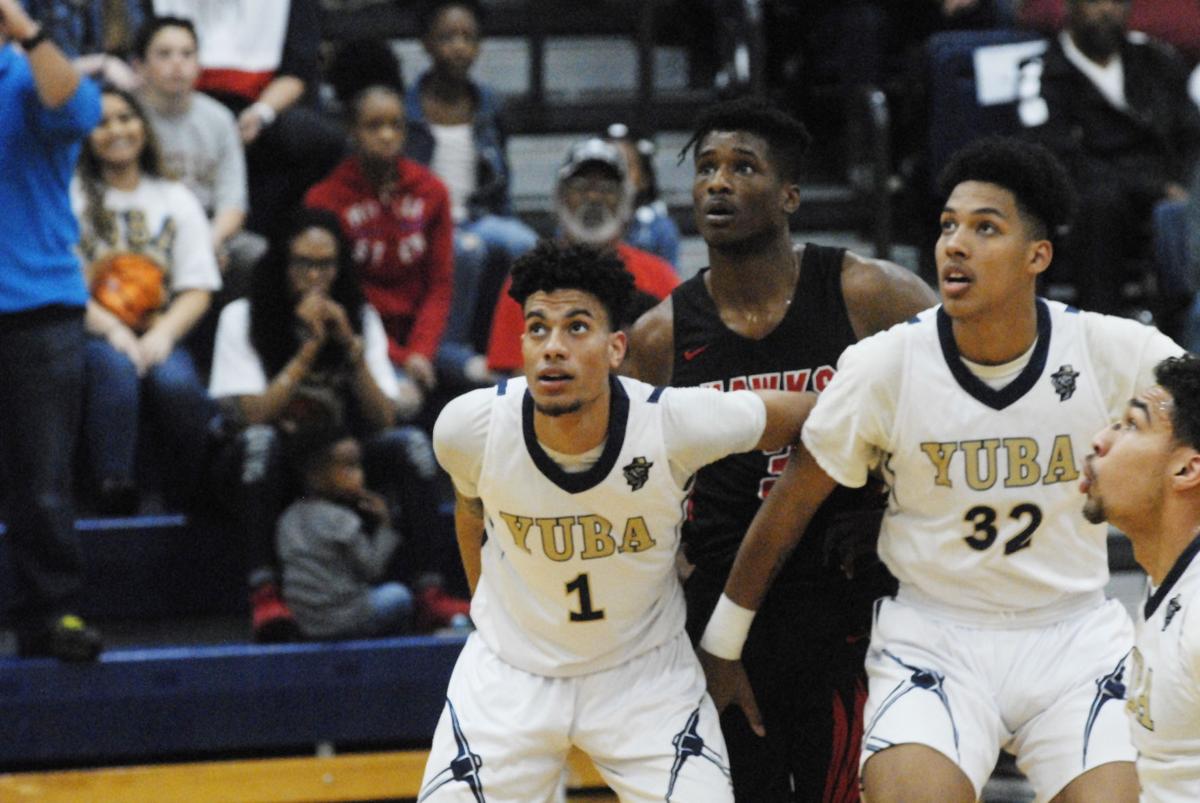 Yuba’s Patrick Lambey, right, blocks a shot attempt from Las Positas’ Michael Moore in the second half of Saturday’s playoff game at the Yuba College gym in Linda.

The Yuba College men’s basketball team took care of business on Saturday night at home as the 49ers took it to the visiting Las Positas College Hawks by a final score of 98-78.

With just under 10 minutes to go in regulation, Yuba’s Brandon Recek put the game away with an impressive and-1 finish at the basket that electrified the crowd. After a made free-throw, Recek and his team led Las Positas

“He was lights out tonight for us,” Yuba College head coach Doug Cornelius said. “The way he shoots the ball is fun to watch, not to mention he had a career game with still spending some time on the bench in foul trouble,” he added.

“It was a team effort for us, we needed everyone tonight and that’s what we got and it’s ultimately why we came out with a win,” Recek said.

Right after the tip-off, Yuba came out of the gates hot. After a few quick buckets by Recek and Cornell Greenwood, the home team found themselves up 9-2 just two minutes into the game.

“I think our start was really what set the tone for us tonight,” Greenwood said.

Then it started to rain 3’s for the 49ers. Yuba hit seven shots from behind the arc, four of which came from the hands of Recek.

Though the Hawks were able to go on a short 7-0 run with just under seven minutes to play in the first half, the 49ers took a 53-37 lead heading into the break.

“I’m not going to lie, I didn’t sleep all week long, that’s a tough team (Las Positas) and for us to respond like that? Just wow,” Cornelius said.

Coming out of halftime, the 49ers proved they weren’t going to let off the gas pedal.

First it was Recek with a monster slam on a fast break and then it was Patrick Lambey with a statement block on defense. Yuba was on their A game.

“That (block) was amazing, we’ve been preaching defense all week and for us to have double figures in blocks tonight, that’s special,” Cornelius said.

Another aspect of the game that 49ers fans were pleased to see on Saturday was the depth that the home team had once again. With a fully healthy roster – 11 players scored for Yuba in the playoff game.

As for minimizing the offensive play of Las Positas’ Michel Hayes, the 49ers did just fine. Though the Hawks star was able to drop 28 points on Yuba, the 49ers held the sophomore guard to just eight points in the first half.

“He’s a very special player so I think we did a good job of limiting him around the rim,” Cornelius said.

Next up for No. 4 Yuba will be No. 5 Sequoias next Saturday, March 7 at the Yuba College gym in Linda. Tip-off is set for 7 p.m.