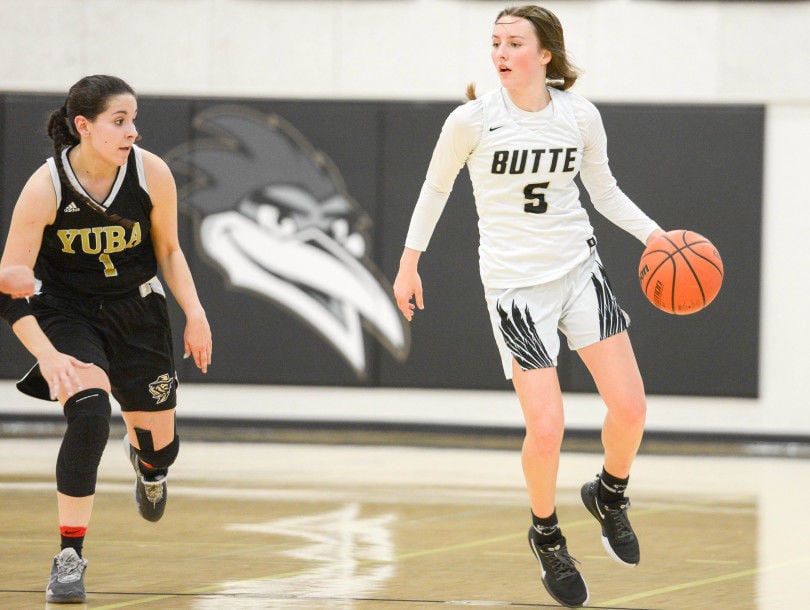 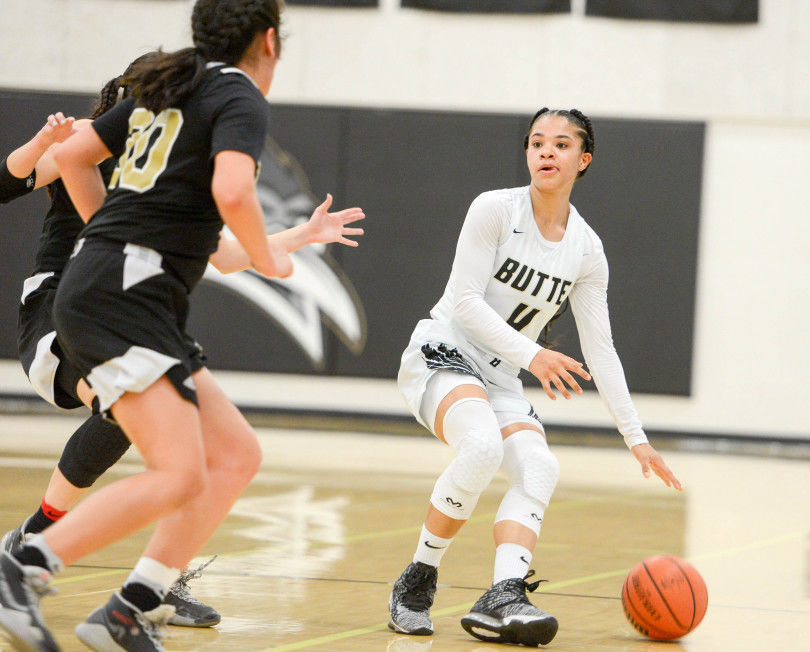 Saturday, in the third season under head coach Tyler Newton, the No. 3 seed Butte Roadrunners (22-6) women’s basketball team defeated No. 14 Yuba (17-7) 74-58 in an arena full of both Roadrunner and 49er fans, who were on their feet throughout.

“I feel like the energy was a lot louder,” said Butte First-Team All Golden Valley Conference forward Chantel Williams. “Normally we have a large crowd but they were a lot louder tonight.”

Williams finished the game with 14 points, eight rebounds, five assists and three steals. She made a team-high four 3-pointers and added a pair from the free-throw line.

Butte started the game slow, as Yuba opened the game with back-to-back buckets and a pair of offensive rebounds forcing Butte head coach Tyler Newton to call a time out. However the Golden Valley Conference Most Valuable Player Chloe Mayer made a 3-pointer to cut the early lead to 4-3. Mayer finished the first quarter with seven points, while Anna Greenhaw made her first two buckets to give Butte a 14-13 lead after the first.

“I’m proud of the way we played tonight, we got down but battled our way back to within 10,” Yuba College head coach Stuart Welch said. “It’s tough right now but we have nothing but pride for what we were able to accomplish this season.”

In the second quarter is when Mayer proved how valuable she was to her team. With Butte trailing 18-17 with just over seven minutes remaining until halftime, Mayer made five straight baskets to put the Roadrunners up 29-20 to finish with 19 before the break.

Just before halftime, Williams made a 3-pointer as the buzzer sounded to give Butte a 37-28 lead at the half.

In the third quarter, Mayer added seven and finished the game with 31 points, four rebounds and five assists.

However Mayer, Newton and the rest of the Roadrunner team still see areas of work that they will need to focus on in practice before they take on Sierra in the next round.

Yuba made a final push, outscoring the Roadrunners 28-15 in the final quarter, but it was too little too late for the 49ers.

Yuba finished the season with an overall record of 17-8.